My very first Android device was the Samsung GT-I7500 which I used after I lost my iPhone 4, as the interim before iPhone 4S is laucnhed. It runs on Android 1.5 (Cupcake). 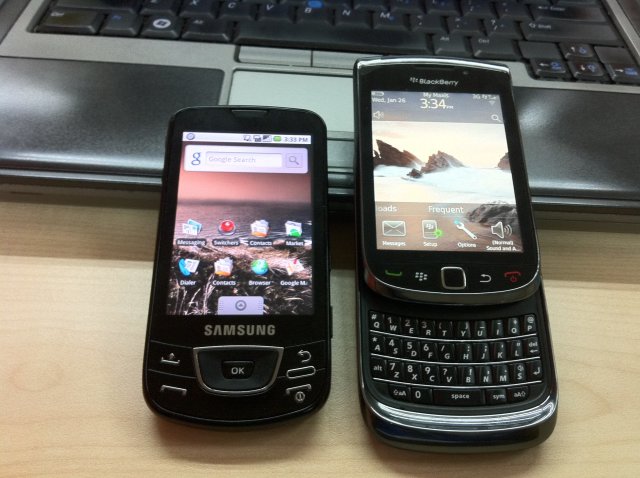 The war between IOS vs Android is really a war between Apple vs Samsung. I have nothing really against Android. Being an Apple user since iPhone 3G, I just get used to IOS ecosystem, and it feels weird to being in a different Android ecosystem. Maybe a little bit sick with all the wars between the Big A and Sammy.

I admit, for phone, I will always go for iPhone. But I’m a bit open for tablet, and as a matter of fact, I kinda want to experience using Andriod toom especially with the release of Jelly Bean.

Then came this very first table from Google – Nexus 7. I was at first considering Samsung Tab 2 7″ over Nexus 7 since it has a 3G feature – where I can use it to make a call as well as using 3G data on it. But after a long thought, this is what I have concluded

So finally after all of that, here is my new Google Nexus 7 tablet. 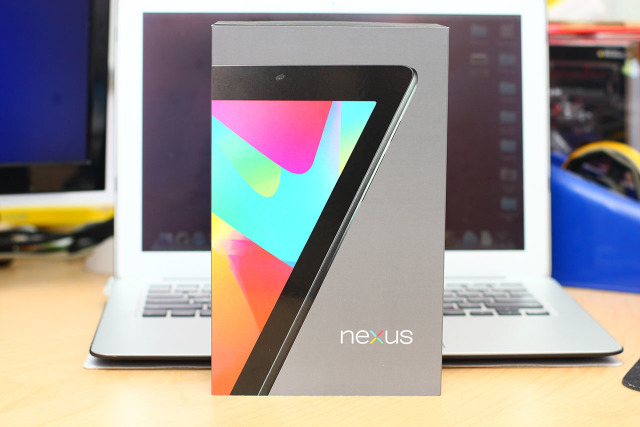 Looking at the box, I first have a doubt whether this is a brand new sealed untouched box. For iPad, this can be easily verified by the plastic wrapping. Opening the box, I can have a peace of mind looking at the seal is still intact. And here are the rest of the photos from the un-boxing process. The box just contains the device itself, 2 documentation booklets, charger and USB cable for the charger. 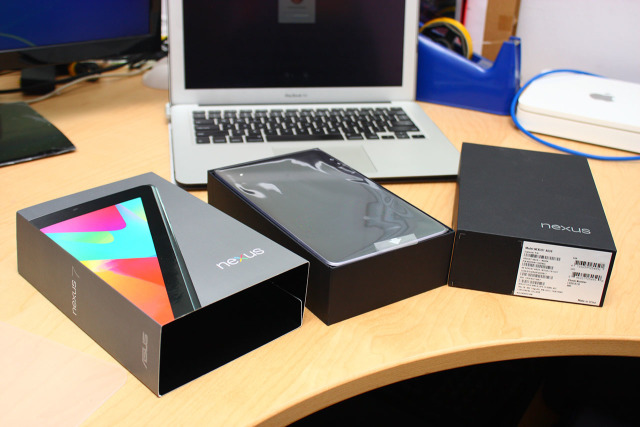 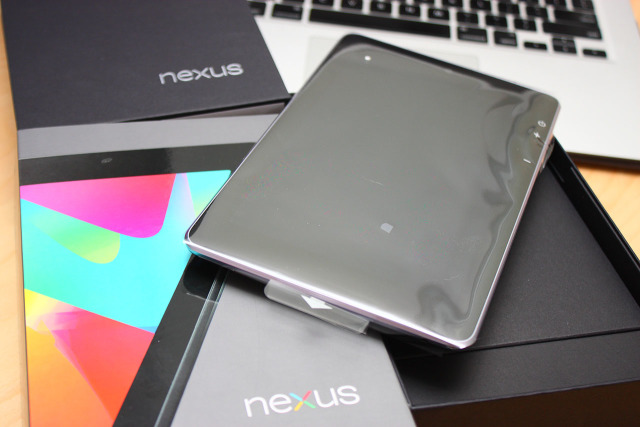 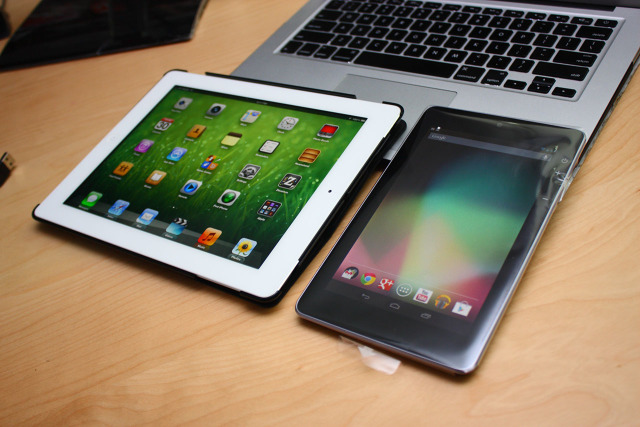 With this, that adds another slot to be used on my power extension. From left to right, the charger for Google Nexus 7, Blackberry Torch, Apple iPad, Apple MacBoook Air, Apple iPhone. 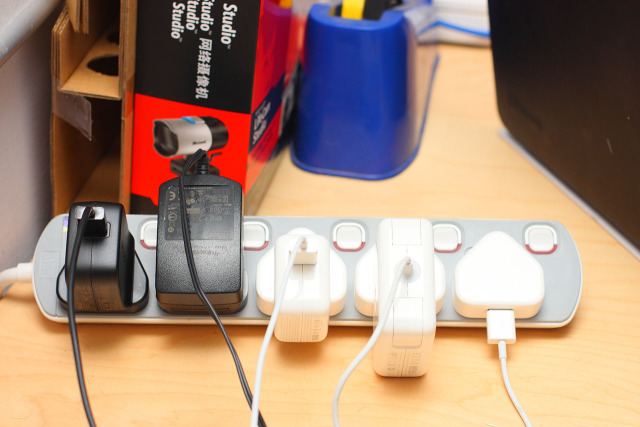