I kinda lost track of when I bought my current all-in-on Brother DCP-150C printer. Well, it works like charm, with memory card reader, tray paper input and scanner. But just recently, something wrong with the yellow. I guess the nozzle got blocked. I tried so many ways of cleaning it, but to no success. Black, cyan and magenta works ok. So, I will give this to my brother. He’s quite a computer technician himself. Hope that he can fix the problem with the yellow on this printer. And whatever it is whether yellow will work again or not, this printer will be his. 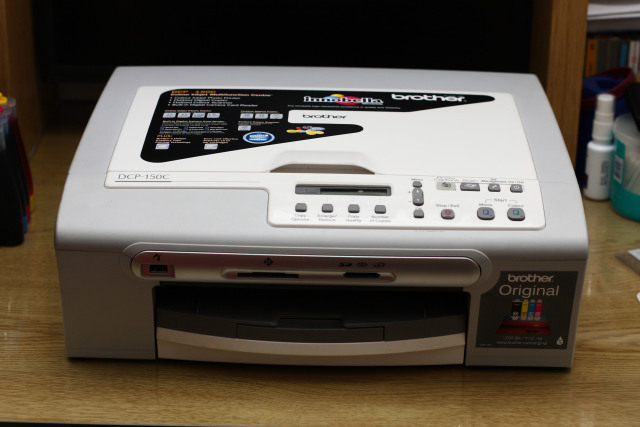 Printer is so cheap nowadays, but not the consumables (i.e. the ink cartridge). I’m quite shock to see when I first bought this printer and using the supplied ink catridge, it only last for a very short of time, then the ink needs replacement.

But thank god there is CISS (Continuous Ink Supply System). This is one of the best thing ever created. This is the CISS that I got for this printer. Using this, you can you a RM15 per bottle ink, and it last really long. I’m a quite have printer user too, printing photos myself, and suprisingly, the ink refill that I bought long time ago still untouched. 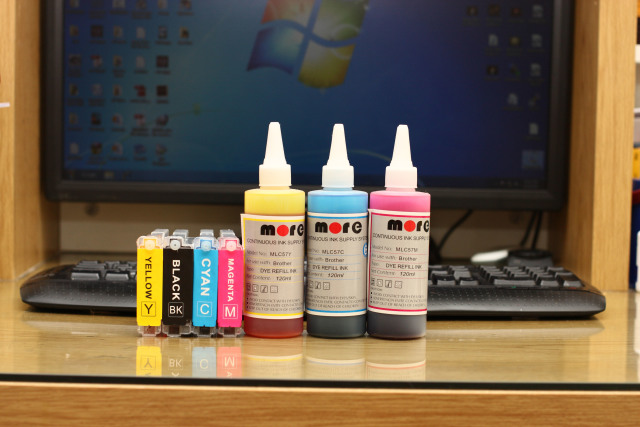 So, it looks like that I need to get a new printer then. Touring around at Low Yat plaza today, I found this RM188 Canon PIXMA MP198 printer at All IT Hypermart. Can you imagine, all-in-one printer, with scanner and a good built costs only RM198? 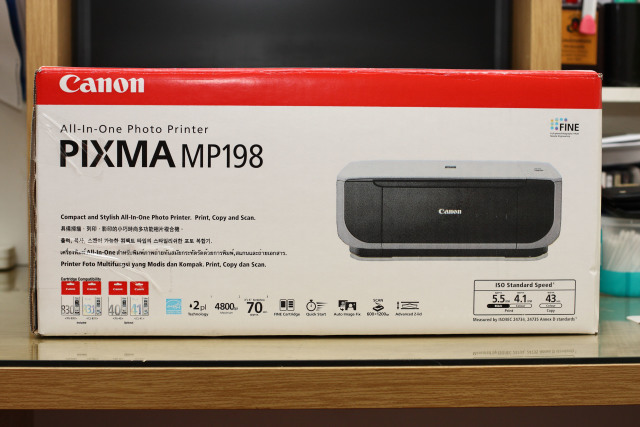 Well, CISS is a must then. I bought the CISS for this printer too, and the shop will assemble it to your printer as well. Sorry, no unboxing process this time as the box has already been ripped at the store for them to take out the printer and install the CISS. 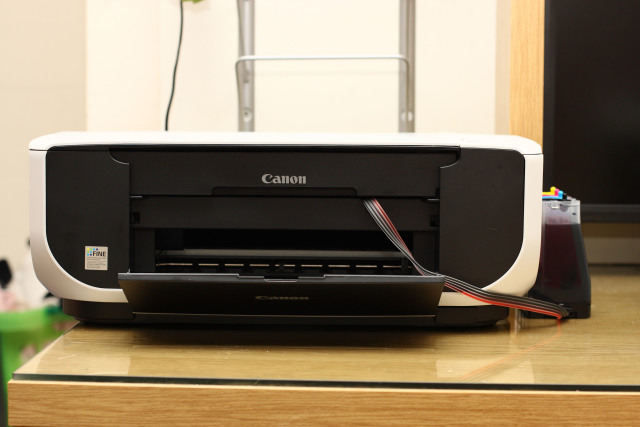 Here is the tank for the CISS, where ink to be refilled when its depleted. 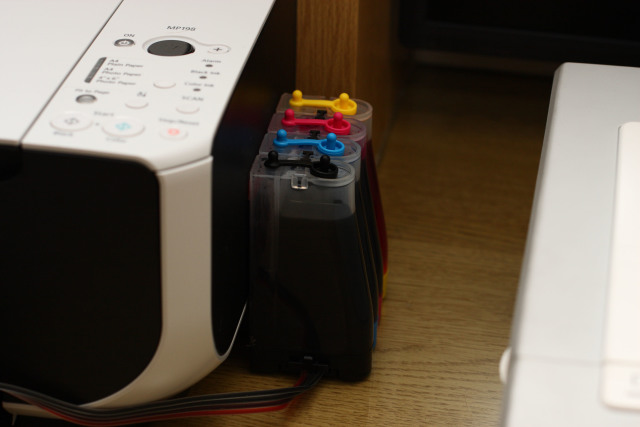