Nepeta is a genus of about 250 species of flowering plants in the family Lamiaceae. The members of this group are known as catnip or catmint because of their famed effect on cats—nepeta pleasantly stimulates cats’ pheromonic receptors, typically resulting in the animal temporarily exhibiting behaviors indicative of being in an induced, euphorically giddy sort of state. The flowers are tubular and spotted with tiny purple dots. The scent of the plant has a stimulating effect on cats. 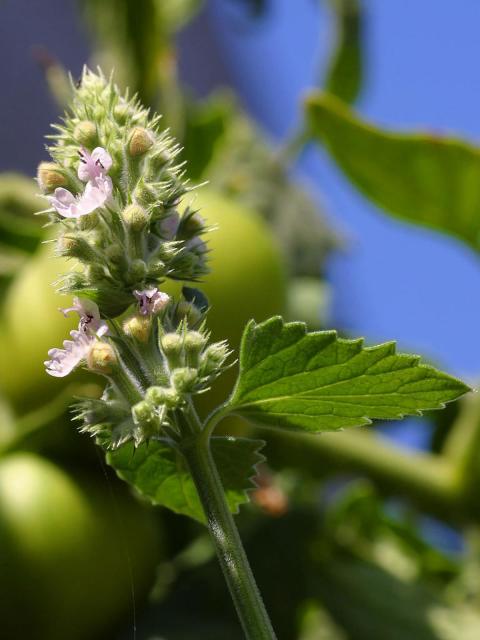 Well, I manage to find the dried catnip sold at the pet section of Jusco. I’ve been hearing about catnip for so long already, and rather want to find out myself of what is claimed is true or not. 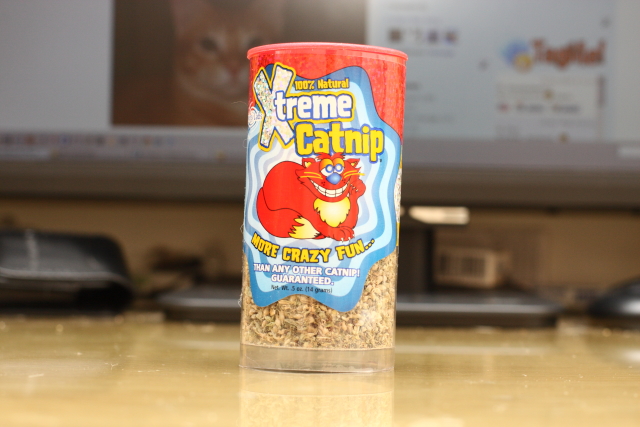 This is how it looks like. It does have some sort of nice smell if you try to smell it yourself. Catnip and catmints are mainly known for the behavioral effects they have on cats, particularly domestic cats. When cats sense the bruised leaves or stems of catnip, they may roll over it, paw at it, chew it, lick it, leap about and purr, often salivating copiously. Some cats will also growl and meow. This reaction only lasts for about ten minutes before the cat loses interest. It takes up to two hours for the cat to “reset” after which it can come back to the catnip and have the same response as before. Young kittens and older cats are less likely to react to catnip. Approximately two thirds of cats are susceptible to the behavioral effects of catnip.

So it really means that, it’s experiment time again. I’m so excited. First, I rub catnip in between my hands to release the oil, and I sprinkle on the floor like so. 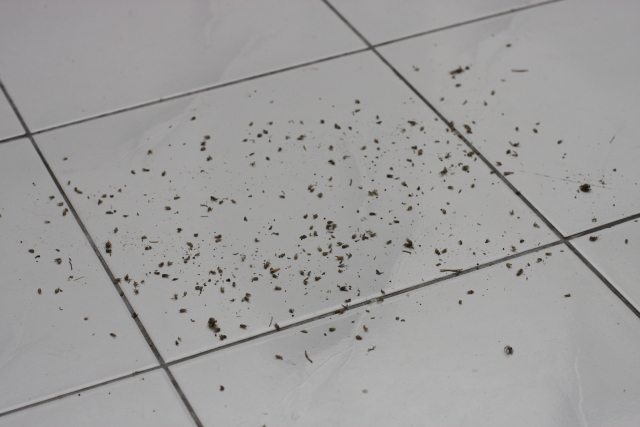 Then I release the subject. As always, it will be Oyen. Yeap. Oyen starts sniffing it, pawing on it and even licking it. 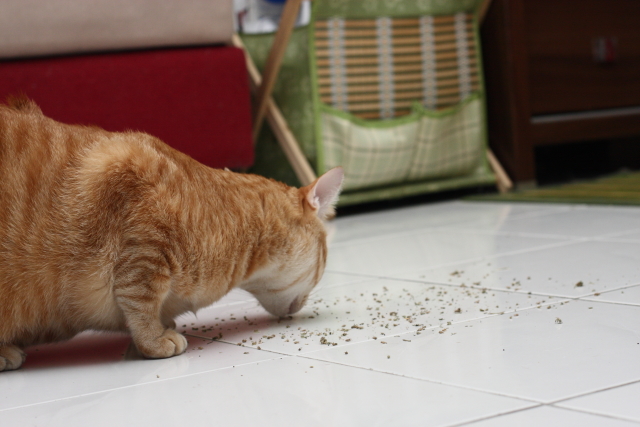 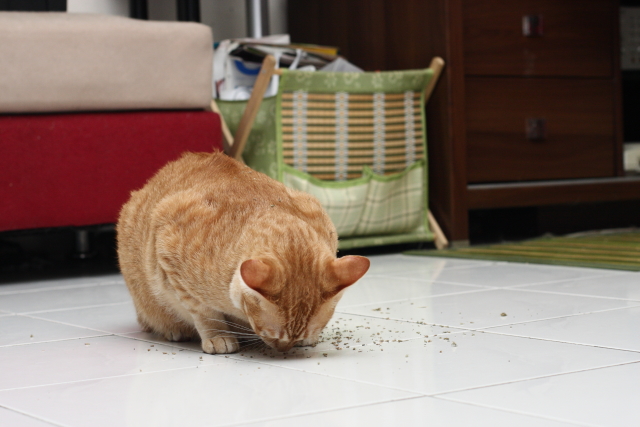 But, will he roll over it as claimed? 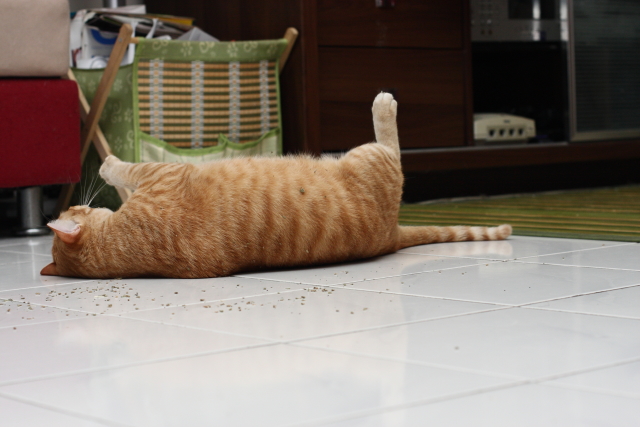 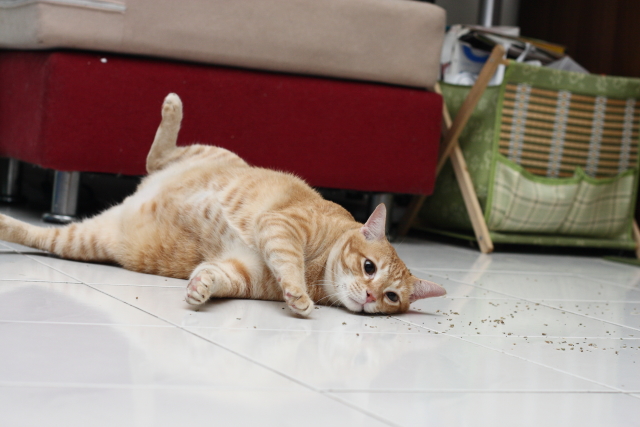 Oh my! It’s so true. Oyen starts rolling on it over and over again. So I guess it’s not fair for Oyen alone to share the fun. Ebot joins after that.