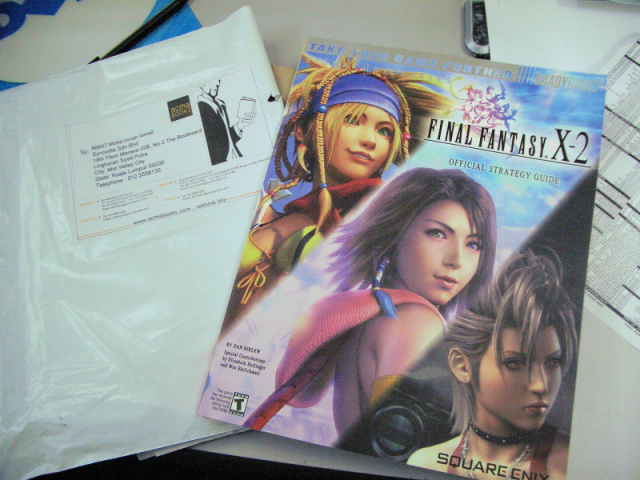 Don’t you know that we can buy books online from Acmabooks.com and it caters several countries in Asia? You can pay with Visa, Mastercard or even Maybank2u.com.

Oh man. How I love buying things from internet. The service offered by Acmabooks is excellence. The packaging is also nice, with the book covered with hard board to avoid the book got damaged or bended during shipment. I give 2 thumbs up.

During my order, actually I accidently putting Amex by phone for the payment methods. Not long after I placed the order, Acmabooks called me. I told the agent that I want to pay using Visa instead Amex. She said it’s ok. Then I gave my Direct Access credit card details.

After a short while, that lady called me again saying that my credit card cannot go through. Hhhmm. Strange. Received a call from Direct Access after that verifying whether I have attempted to make any online purchase. I said yes and the person said I can’t use my Direct Access card for online transaction. I have to get virtual card for that. Nevermind.

Then I switched to using my EON Bank credit card. Then after that she called again saying that the credit card number is not correct. After checking. Oh ya. The last digit is wrong. I copied it wrong to my PDA.

Not long after that, she called again, and said still cannot go through. Huh. I guess EON Bank blocks the card already since I miss the payment for 2 months. Heheheh.

I said to her, this is my last credit card, and if still can’t go through, I’ll pay using Maybank2u. Then I gave the details of my last Citibank credit card.

5 mins later, she call saying “sir… our mission is accomplished”

Just imagine, 5 calls, and the lady that handles me still sounds friendly and still can make joke. I like their friendly service.

And oh. You can check the progress of your order from the web too. It’s really cool.

So, back home tonight, I will replay Final Fantasy X-2 game and I will complete all the hidden missions, and get all the legendary weapons with the help of this strategy guide. It’s going to be a busy weekend.