Guess what, I just came back from watching the Konsert Pesta Malam Indonesia at Stadium Merdeka. Well, it is again another unplanned thing that I do. Well, one of my friend who works as entertaiment reporter at Berita Harian invited me and friend to the konsert. Following a member who is a member of media simply means that I get to enter the concert FOC.

Got the following unused ticket from my friend, well, for what other purpose than posting it into my blog. He even told me “Nah tiket. Buat kenangan. Boleh letak dlm blog ko” 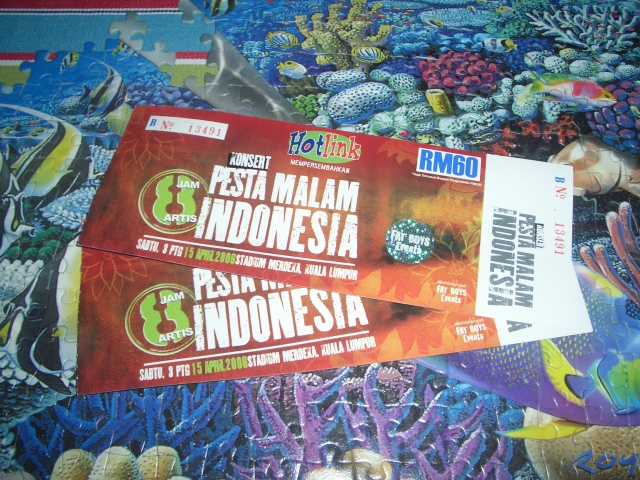 The concert actually started at 3pm, with 8 bands performing for an 8 hours period. But we actually went there really last as that friend of mine had an assignment to do.

By the time that I got there, Dewa 19 is performing. Yes! My favourite band. Being a big fan of Dewa 19, I kinda know every single song that they played. Hehehe. I have to say that the performance is really energetic. And the singer, Once, the power of his voice is really undoutable. They even invited former singer of Dewa 19, Ari Lasso to perform 3 songs. Again, I’m mesmerized by the power of his voice.

Managed to take the following photo. Man. It’s kinda hard to take photo there under very low light condition and with my crappy digital camera. As usual, night shot mode with slow speed shutter in my savior, using the balcony edge to stabalize the camera as I don’t have tripod with me. 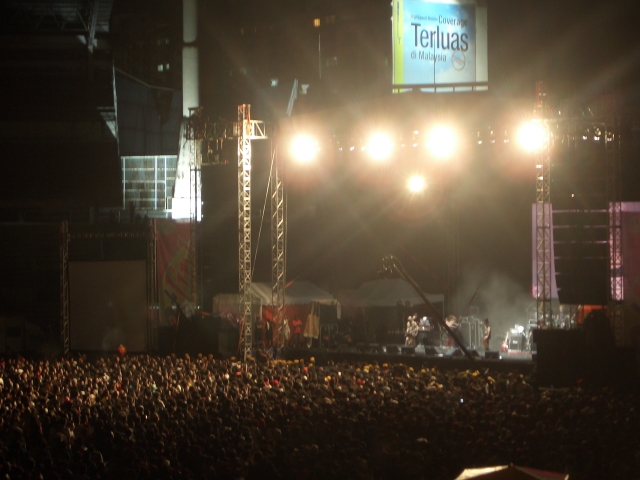 Oh. It just happened to be that Dewa 19 is the last band performing today. Yeah. What can I expect. I was there at around 8:30pm where the concert has actually started as early as 3pm. But it really OKAY with me. Further more it’s FOC.

At the moment when the concert just ended, I realized that I haven’t done any panomara photo shots for quite sometimes. So here it is again, the panorama photo of the stadium.

Got so thirsty from the shouting and singing along during the concert. Went to eat nasi lemak at Kg Baru after that. 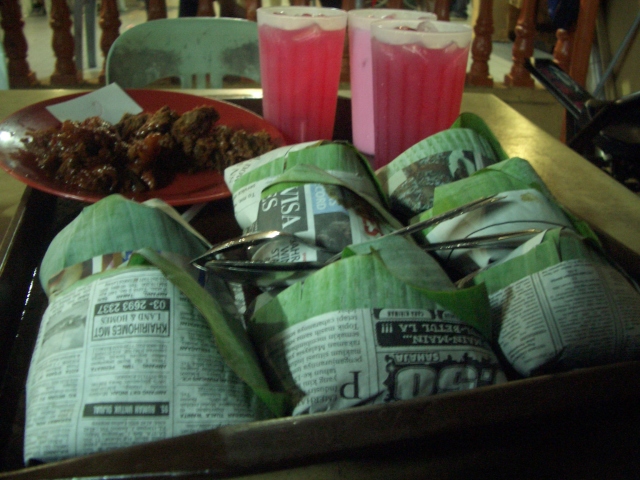