People said it’s no good in going to dig your past, but I guess my blog entry this time is exceptional. I can see how gaming industries evolved right before my vary eyes, and how I have been a slave of games. And also, there is a portion of a story at Dreamcast section that turned me into a living devil. Don’t miss that part ^_^

So here the stories unfold….. 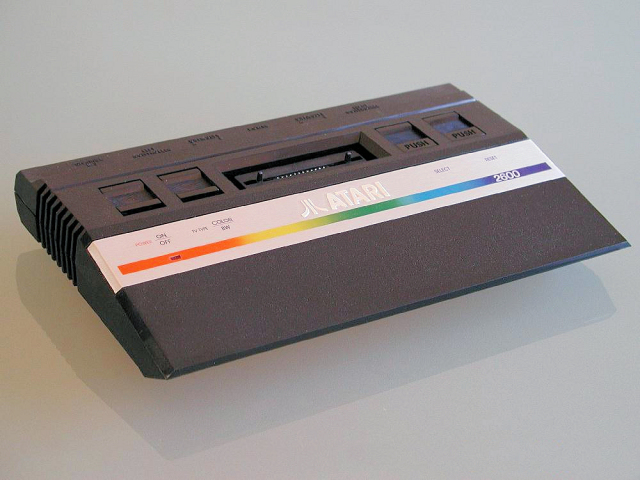 This is the very first game console that I laid my hand on to. I didn’t owe this, but my neighbour did.

From the very first time that I play my first game on TV, I just fall in love with it. I went to my friend’s house every day, for hours, watching them playing game, and sometimes I had a chance to play too.

But until one day, my mother scold be for going there everyday. I was mad at my mum that time since she forbid me to go there anymore. Well. I’m still kid at that time. Still self-centered. Now I see why my mum did so. It’s not really nice for me to do so.

Now I also realize, when your parents scold you, or forbid you from doing something, it is for your own good, and it’s not that they are trying to spoil your fun. 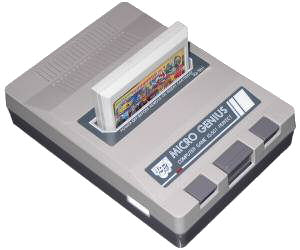 Not long after that, my second brother bought me this Micro Genius, a Nintendo Entertaiment System (NES) clone, as a present for me doing well in exam (as far as I remember, I’m in standard 2 that time). He just got himself a job at that time after graduated from IKM. With his first few months salary, he bought this.

I still remember, how I came back from school that day, then I saw this thing in front of the tv, and I really feel the joy as the whole world is mine. Sigh. How I miss the time when I was a kid where I don’t have to worry about anything than waking up in the morning, go to school, and did well in exam.

This game console last for several years, where at later dates, there are a catridges that compile all the game there are out there. I remember I used to have 9,999 games in 1 catridge.

I just wonder where my old micro genius and old catridges gone?

There was a dormant period where I didn’t actively in indulge myself in gaming passion. That’s the time when I became teenagers. During my Standard 6 to Form 3, I started to meet a new toy in my life – computer that is. That’s my passion at that time. The first computer that I use – IBM PC XT 8088 computer. There will be another blog entry about this. Stay tuned.

Then, my life as boarding school students begin that totally moved me away from my gaming passion.

It was the summer holiday of my first year at university. Back to Malaysia. And with the british pounds money that I get from my scholarship, and when converted to Ringgit Malaysia, it looks a lot.

It was the time that I bought Playstation. Just another evolution in the gaming industry, and I’m one of the person that fascinated with it.

My second brother is a game fanatic himself (remember he used to buy me micro genius before). Just before I went back to university, he said that he wanted to buy this from me. Being generous, I sold this to him for RM800, which he paid in cash (I bought the console for RM1300). Guess it’s fine. Furthermore, I started to be a PC games player that time too. So PC games can fullfil my gaming passion. 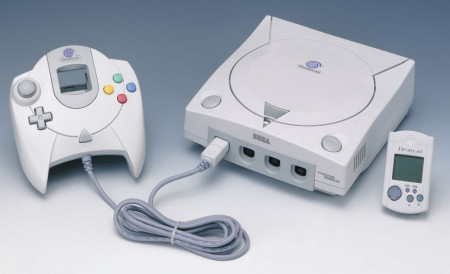 ** Warning ** This section shows a bad side of me a little. Please skip this section if you find this unsettling.

Back in England, during my university days, as a new student, I have to open an account there so that the scholarship can be debitted into the account. I choose Barclays at that time. And they have this student package, where you can open current account complete with cheque book, and this nice debit card. 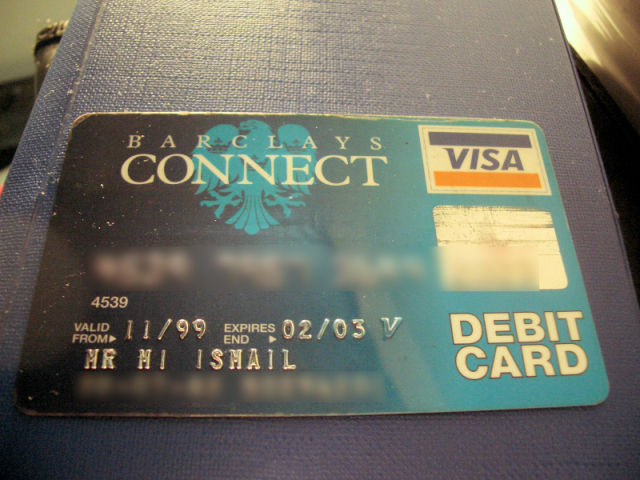 As you can see, it holds VISA sign, meaning, it works the same as credit card, only you need to have money in the account before you can use it. It also has £100 overdraft, meaning, you can spent £100 more after the balance of your account turns 0.

My last year, after graduated, and right before I will left England and get back to Malaysia, my account balance turned 0, and I use that £100 overdraft thing. Theoretically, I own the back £100 already, and my balance should be -£100.

Arriving at Malaysia, I called my mum, using the phone that you can slot the credit card in. I just want to give it a try. I slot in my -£100 balance credit card, and tried making a call to my mum. Hhhmmm. Success. Strange… It can’t be

Then, I went to this duty free shop. Looking for perfumes to buy to my mum as souveniour. After exchanging my leftover pounds sterling into Ringgit Malaysia, I have a few left to buy my mum a new perfume.

I select the perfume, went to the counter, and I think. Hhhmm. Let’s try use my debit card again, just to make sure. Who knows. I hand over my VISA debit card, and told the cashier Can you please charge to my card. I’m not sure whether it can go through or not. I just deposited some money in, and not sure whether it clears already or not – the lies I tell, thinking if can’t go through, I just pay by cash. Suprisingly, it can go through. Hhhmm I wonder wonder.

Then, I went to a CD shop outside after check out. Then I tried to pay using the debit card again, using the same lines I used before. Whoaaa.. Can go through again. Magic! It is obvious then, when you are oversea, this card is just like credit card, where you can owe money up to certain limit.

Just to be certain, stop by at petrol station when my brother came to fetch me, and I paid using my debit card again. It is confirmed. The card can still be used. I bet you can guess what I’m thinking after that. Muahahaha….

Let’s go for something big. Dreamcast is the first thing that I tried buying using this magic debit card. This time, the lines to told the shopper is different. Since if can’t go through, I can’t pay by cash as I don’t have any. So below is what I told.

“Can I pay by credit card. My allowance from the scholarship should be in already. If can go through, I take the Dreamcast. If can’t I have to wait for few more days and come back later”

My heart beating fast as the shopper swipe my card, and enter the amount. A while later, crit crit crit… the sound of the machine printing the receipt. Yippe!!! I felt so happy at that time. I felt like jumping and screaming happily and shouting – “Everybody… Look. I have Dreamcast now, and I don’t have to pay a penny”

Please don’t imagine on what other things that I bought after that. It’s a lot. Super bad me!!! 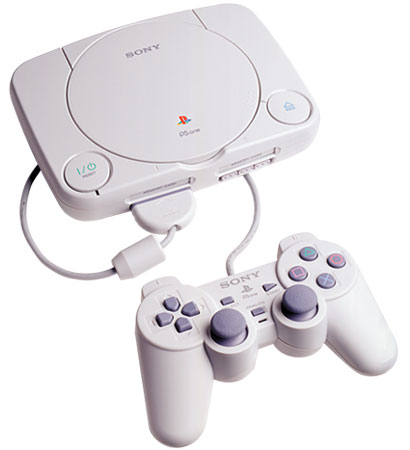 PS One, the sucessor of the original Playstation that I bought 2++ years ago and which I sold to my brother. With lots of adrenalin flowing through my body, and with my beating heart, I tried to buy PS One again using my precious debit card.

OMG. Still can go through, but I have a hard time convincing the shopper to do something. What is it? Flash back time.

In the joy of me using my debit card, right before I want to buy another big thing, a Sony 29 inches flat screen tv (yeah! i’m bad, i’m bad), this time the payment is declined. So it’s the end of my honeymoon with this debit card. But that shopper said, let me try again. So I said yes. He tried again. Still declined. Sob! Sob! Then he said, let’s try smaller amount. He started at RM1000, going down to RM200 when suddenly, the payment gone through. My eyes opened again. He repeated that several time, charging RM200 at a time until the total amount of the TV reached. OMG OMG. I own a new TV!!!

So, back to the PS One shopper again. I told the shopper, I’m a student in UK, and the back limit the maximum amount of the money that you can charge to the card at a time. So you have to swipe several times until the full amount has been paid. He then agreed, and did as what told. And again, yippe! I own myself a PS One. 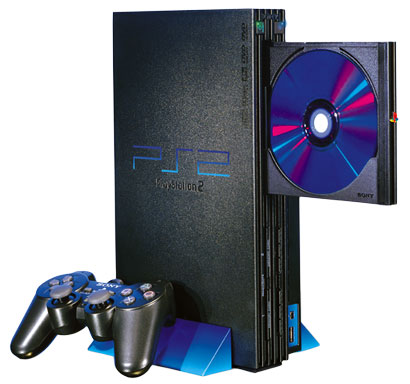 Finally get a job after my 6 months of “menganggur” after I got my degree. This is also the start of my adulthood.

With a steady income that I get monthly, applied a credit card for myself. Guess it’s been a dream for most of the people to own a credit card.

The first credit card that I get is from Citibank. And the first thing that I bought using this credit card is Playstation 2. Hahahaha. I received the card via courier at office, and right away after office hour, went to Sungai Wang to get my new Playstation 2.

Well. I don’t own this anymore as I gave to my brother since his one got stolen. He keeps begging for it. Guess just give him that and bought the new one. 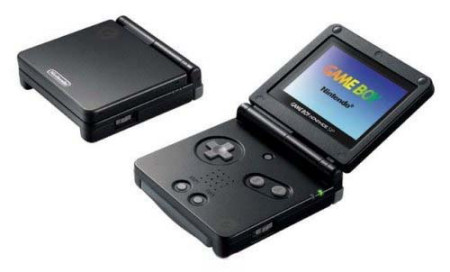 This not a game console, but a portable game that I bought. I don’t know the reason that drives me to get this. I guess it’s pretty cool to have something portable and you can play games. And the price is also quite cheap, compared to the price of a console game.

Furthermore, I’ve seen a site where you can download Gameboy ROM of all games for free. Meaning, you don’t need to buy the catridge of the game which cost quite a lot too. What I did – buy a rewritable GBA catridge, where you can flash your own downloaded ROM into it, and play the game. Get bored with it, delete the game ROM from the catridge, and reflash with the ROM of a new game. Ahhh. I guess this is actually what drives me to get Gameboy Advance.

Playstation 2 is getting slimmer now. And the price is getting bloody cheap too. I can’t resist it. The slimmer size is the main reason for it.

With a little excess money that I had from the personal loan that I made, just get myself a new Playstation 2 Slimline. Furthermore, I have a lot of PS2 games DVD, and don’t have PS2 for myself. So let’s buy one. 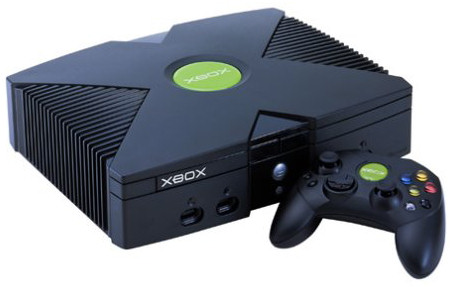 And this is the latest game console that I bought. The price of Xbox is getting really cheap also nowadays. Furthermore, I heard a lot of good things about what Xbox can do with all those homegrown softwares out there.

Xbox is practically a PC, running on Celeron processor. Thanks to hackers out there that make it possible to make Xbox not just for playing games. Google it yourself to find out what homegrown software for Xbox has to offer.