Haven’t been to Tropicana City Mall for a while. Since I have got nothing to do today, and kinda feel bored after lunch, just went there for window shopping. First stop is Best Denki, just feasting my eyes with the latest electronics gadgets.

Browsing through the shelves, I saw on old original PSP games selling at RM10. Well, this is a might get thing. While I’m doing a payment at the counter, the cashier told me that this used to be priced at RM159, until Sony Malaysia asked them to price it at RM10 to clear the stock. 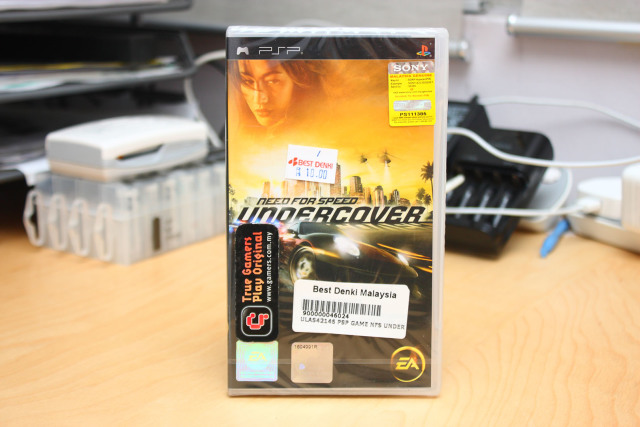 Well, this is my first ever UMD PSP game. All this while I was just downloading ISO files for my PSP. Well, the topic itself is not suitable to be discussed further 🙂 Well, this is not my very first intention of visiting Tropicana City Mall today, and also not the main story for this blog post. My main intention is to check of whether Gamer’s Hideout outlet here still have any left over PS4 from their PS4 restock.

Well, PS4 is still kinda out of stock everywhere in Malaysia, even Sony Centers themselves. The one that I plan to get is the PS4 with PS Camera bundle. Upon asking Gamer’s Hideout, surprisingly they will have a few units left. But when asking for the price, they told me it is RM1999, which is RM100 more than what Sony Malaysia price during the PS4 debut last December. Well, I’m not surprised when PS4 now is kinda a hot item and sold out everywhere, the price tends to be higher – just a simple suppy and demand theory. So my second plan is to pay Sony Center at One Utama a visit. I read somewhere that only Sony Centers at One Utama and KLCC are selling PS4.

To my surprise Sony Center at One Utama still has 1 last unit left. At first I’m a bit skeptic about buying the last unit as it may be an opened box, or something that has issue that previous buyer returns. But upon checking the box, I’m convinced that it is a brand new unopened box. Furthermore, it is selling at the original debut price of RM1899. So I’m getting home with quite a heavy box today. 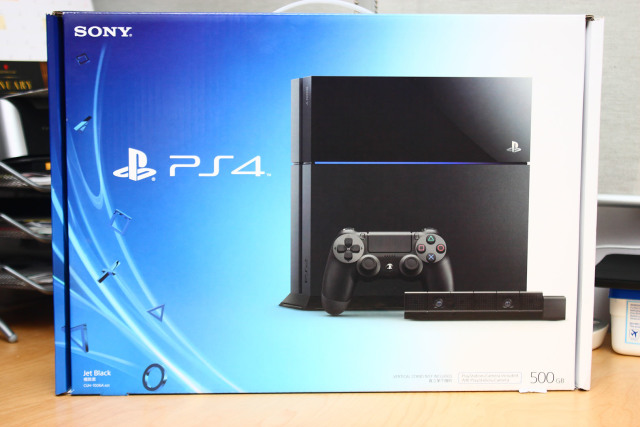 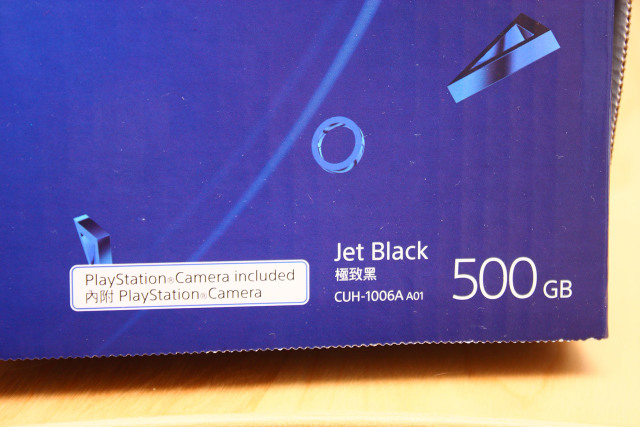 And yes. This is Sony Malaysia official product. Easier on warranty later on when getting the one that is brought in officially by Sony Malaysia. 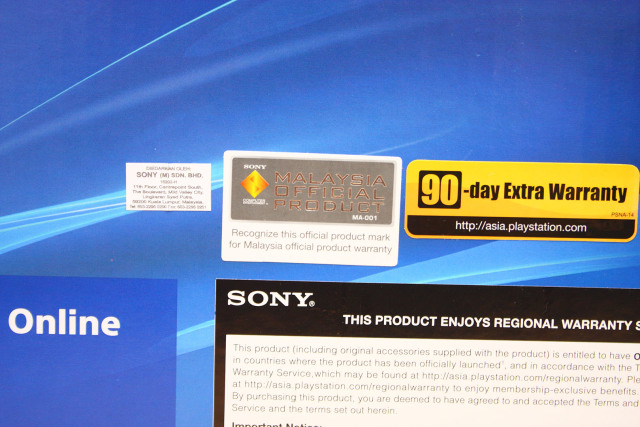 Yeap. The security tag is still intact, and there is no sign that this box has been tempered before. So that makes me confident to buy it even it is the last unit available. 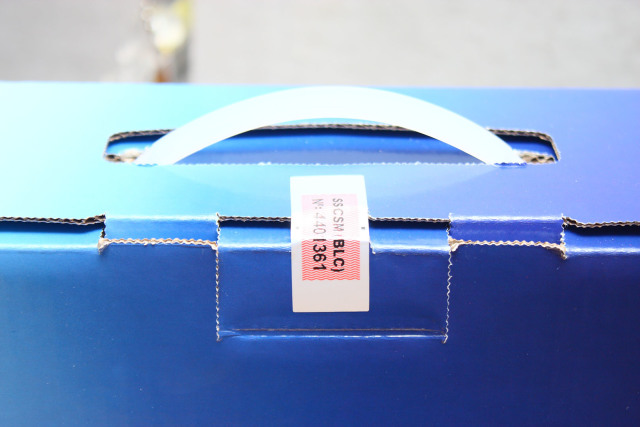 Opening the box, everything is looks perfect inside and brand new. Cables are still tied perfectly with no sign that it has been opened before. 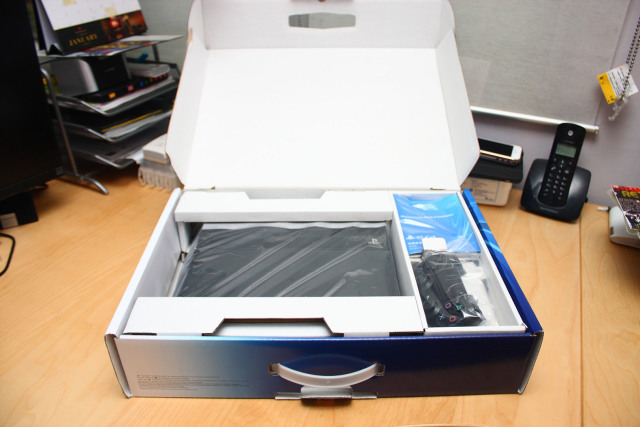 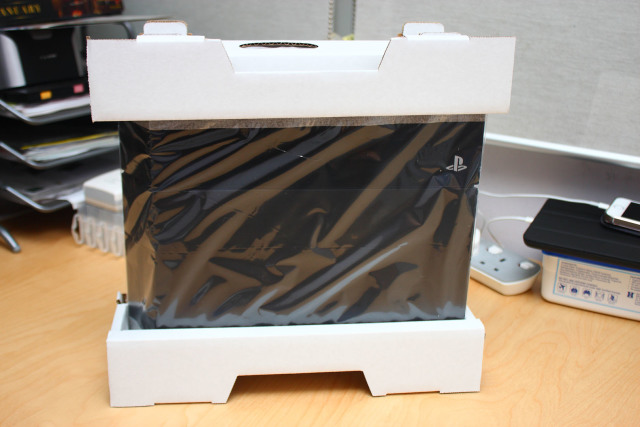 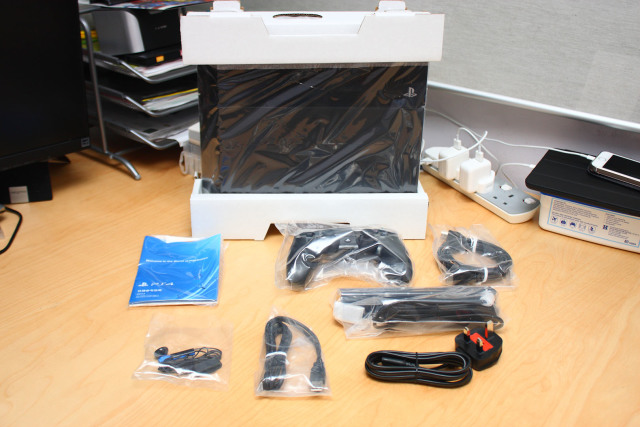 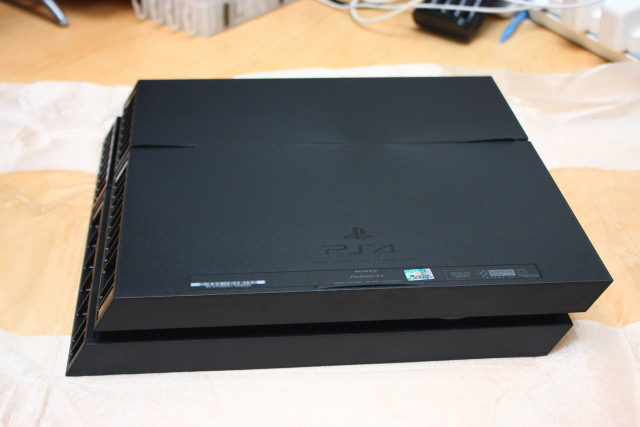 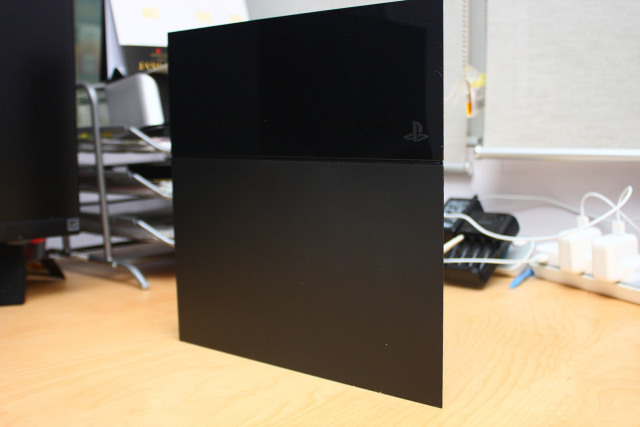 I didn’t get any games yet today. I guess I will need to think it over thoroughly first of what first PS4 game that I will buy. It’s going to be a big investment (PS4 game costing between RM179 to RM199). So just want to get the right game that I’d like to play for my first game, and I have Knack or Assassin’s Creed or Tomb Raider in mind.

Not just only games, I have been craving for the following accessories as well. First of being the second unit of the controller. The second thing that I want to get is Sony’s official DUALSHOCK 4 Charching Station. From my PS3 era last time, charging the controller using USB cable connected to the console is such a hassle. The controller cannot be charged using the normal USB charger, like iPhone USB charger.

From what I read, it requires some special handshake signal before the controller can be charged which is missing from normal USB charger. Last time, I just charge my PS3 controller by connecting it to PC’s USB port. I’m planning to get the KontrolFreek one, although of what I read from the forum, if you are not playing FPS type of games (which is the genre that I hate), you don’t need this. But It just looks cool.