Been mentioning several time in the past that I have my karaoke amplifier ordered, and went to Pudu to survey the price of a speaker. Well, finally I received the thing last Monday. 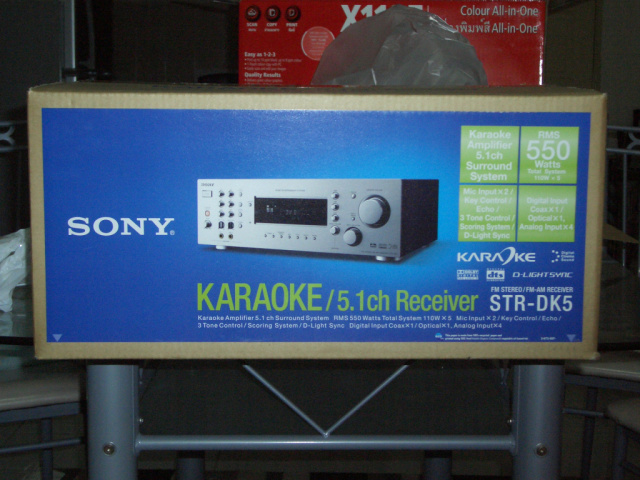 I eagerly opened the box to see what’s inside. Ain’t she a beauty? This shall compliment my Sony TV and Sony Home Theatre System. I’m a Sony fan I’m supposed.

Went to Pasar Pudu again to do a new speaker shopping. This time, it’s no longer window shopping. Being a electronic gadget lover myself, I feel like in heaven. Feasting my eyes looking at those saliva slurping gadgets like mixer, mini wireless CCTV and many other electronic stuffs that I don’t know what is it for.

Back to the speaker, there are so many types and sizes, with varying prices from as cheap as RM80 to a whooping RM800. There’s this one 5 pieces speaker selling at RM195. Even though this karaoke amp supports 5.1 speaker configuration, but come to think of it, I have my home theatre already. This karaoke amp I will use solely for karaoke purposes only, and karaoke function only works in 2 channels mode.

After browsing a while, at last I decided just to get the following RM238 speaker. It’s compact, but the sound is quite powerful compared to other big tall speaker of at the same price as this one. Lets put the speaker on the test first before I buy it.

We cannot called those people salesman if they cannot persuade customer to buy things from their shop. And that what happened to me. I have been persuaded to buy speaker stand from them too. 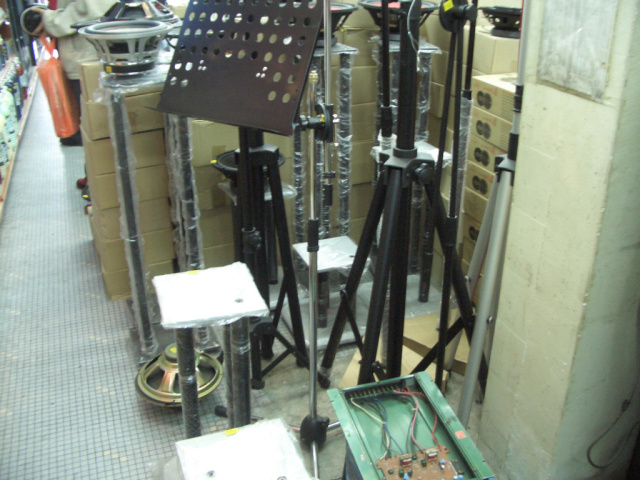 They don’t have much choices for speaker stand, but this one looks ok I guess, and the price is also tempting. 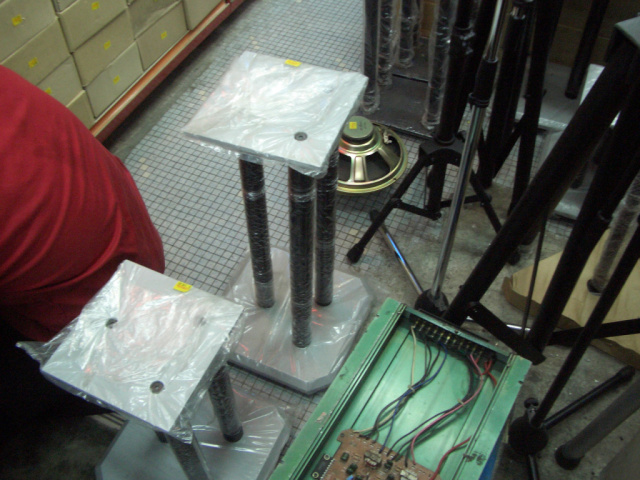 But there’s another thing that I’m missing. VCD/DVD player. I already have VCD player, but I lost the remote. What about the DVD player? Well, it not a seperate system where the amplifier part has been built in inside the player itself and it’s only have audio input jack and no audio output jack. That’s no good. How can I hook that up the karaoke amp?

Well, went to carrefour after that and get a new, cheap DVD player. At first I only decided to get VCD player, but after talking to the salesman, he said that VCD player is no longer being produced nowadays. Is it??? Oh…. Yes indeed. DVD player now is at the price of what VCD player use to be priced at. You can even find RM90ish DVD player nowadays. So, what’s the point of producing VCD player then? Hhhhmmm. It is just a matter of time those costly plasma TV will be cheaper and cheaper when those HDTV takes the market. Hoping that to happen soon. Finger crossed 😉

So, hear are my shopping lists today. 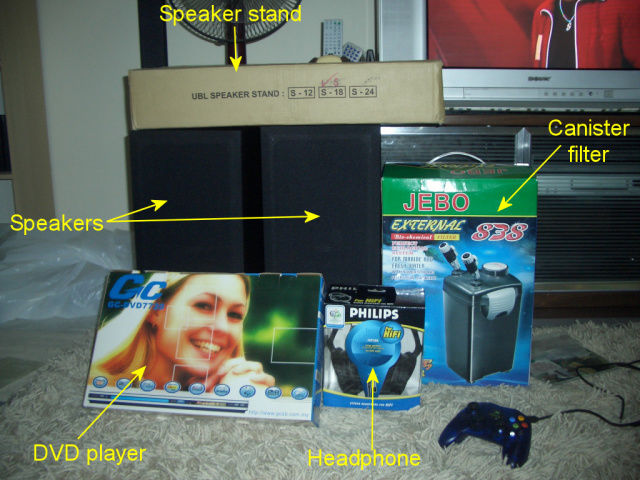 Got home, without further ado, I set the wiring for the karaoke amp with the speaker, hook the DVD player on, hook microphone in, load the karaoke CD, and walla. Look ma… I’m singing…. 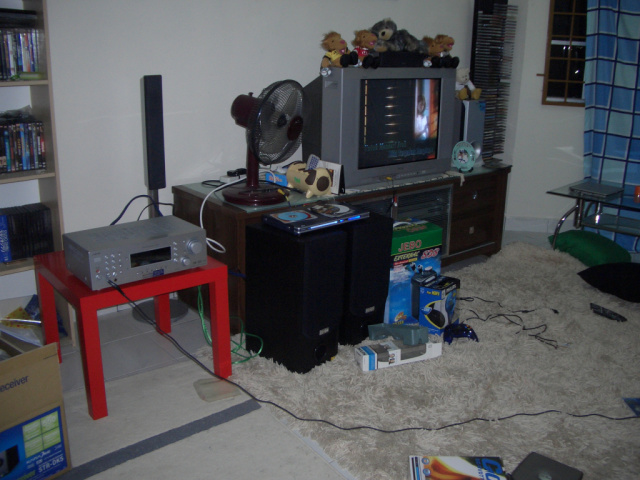 It’s getting late. I better stop singing or I will annoys my neighbours with my lovely voice. Bring out the speaker stand out of the box, and starts assembling it. 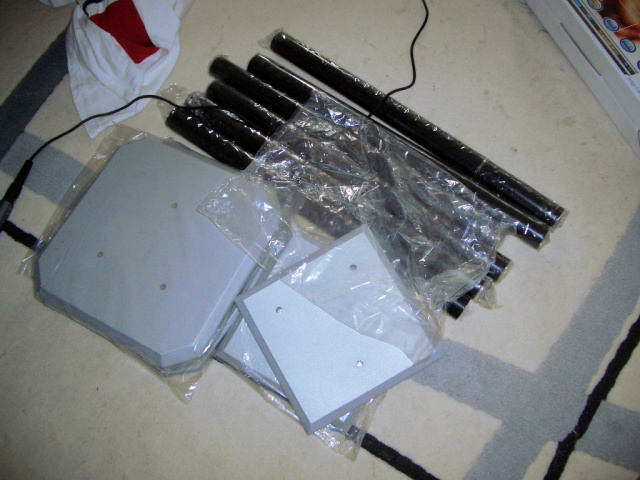 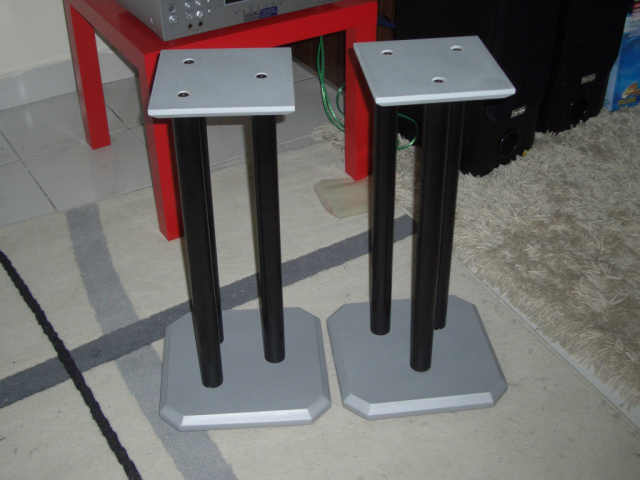 Oh no. I have to mess around with the cabling that I have behind my TV rack again. It sound that I need another weekend to do this. Yes that’s right. Lets do that next weekend.