Below are the new toys that I recently get, which I can conclude that those are new toys for the 2008. 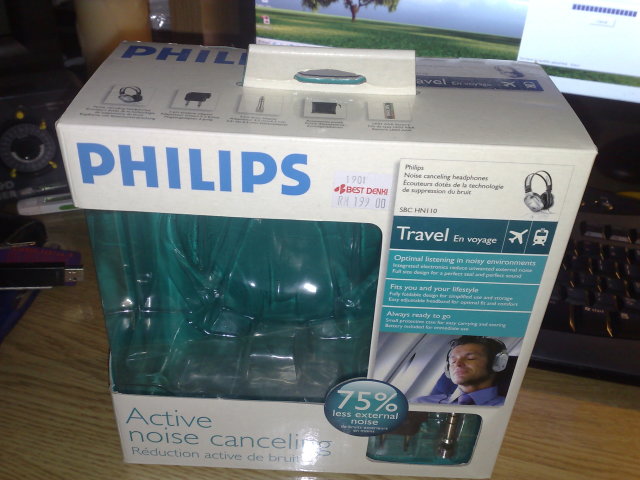 So what is noise cancelling? This headphone has a mic on it. The purpose of the mic is as an input of the surrounding noise. With this noise, the headphone will generate a sound which is in reverse of the surrounding noise. So when the actual sound meet with this reverse sound, the sound is cancelled. For more technical explation, you can go here.

This is how the headphone looks outside the box. 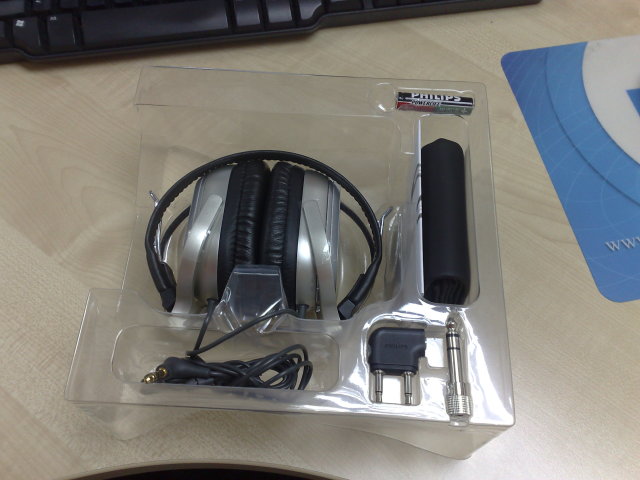 Well, even though this piece of equipment is just an entry level for noise cancelling headphone (Bose one costs almost RM600 – pheww) but it does quite a good job in muting the noise, especially when I’m on car/bus travelling.

Well guess what, I just go ahead and get one. 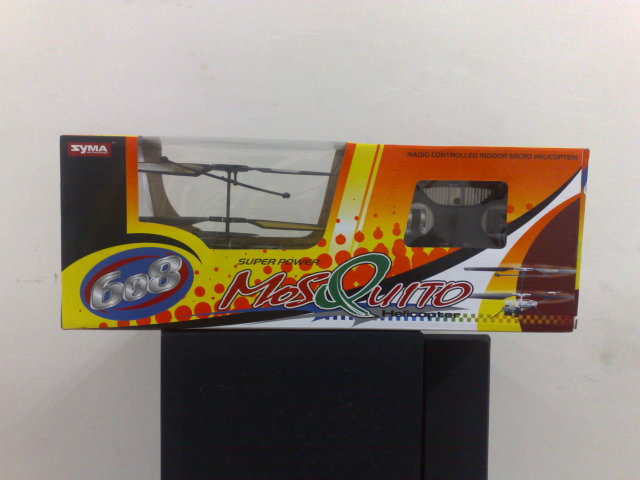 This is it out of the box. 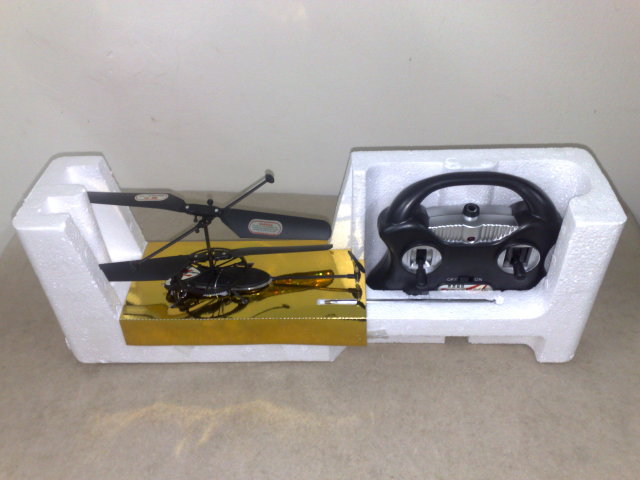 I don’t intend to show the picture of me playing it. Anyway, was thinking of giving this away to my nephew/nieces when I’m bored with it. As always, I gave it to my mum, and her grandsons/granddaughters can always play with it, but it has to be played at my mum’s house. Just a good way of making my brothers/sisters to bring their children to my mum’s house.

abigs DVP-370A Multimedia Player
Just a few days ago, my PC is playing game with me. I was installing something on my PC, and it asked me to reboot. But after the PC shut down, it won’t boot up again. That’s kinda strange. I check the power cable by pulling it out, and put it back in, but still, it won’t boot up. So decided to go out to kitchen to get something to drink, when a few moments later, my friend called my saying that something is exploding inside the PC. Oh dear. What’s wrong.

I took out the PC, and it seems that the power supplied has fried. I guess it is overloded – well, I have 3 hard drives plus 2 DVD-ROMs for it to power up. 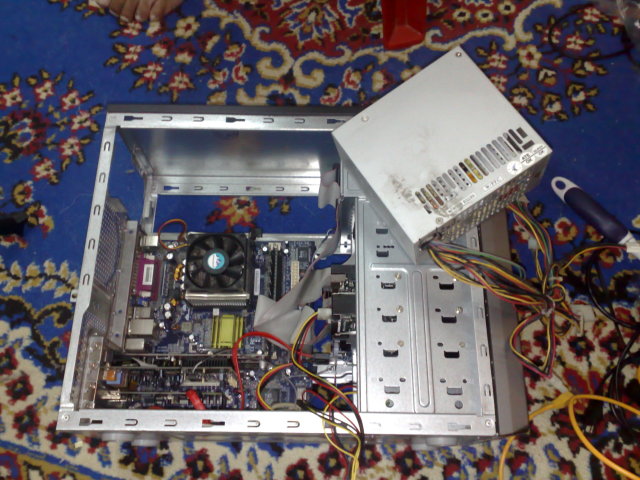 Went to Digital Mall, Petaling Jaya to get a new power supply. This time, I get the one with more wattage support. And my bad habit happened again. Browsing through the shop, and suddenly I bought this multimedia hdd enclosure – abigs DVP-370A Multimedia Player. 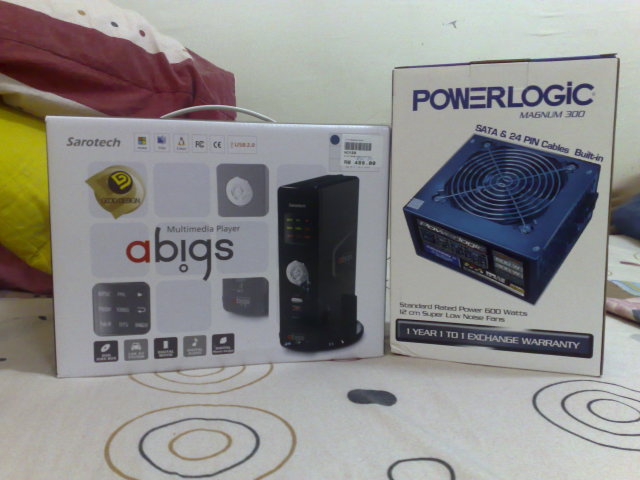 What is this thing actually? Well, you can think it as enclosure for external harddisk. Just put harddisk inside, and you have external hdd already. But what’s more with this is that it also acts as multimedia player. Meaning, connect this to TV, and you can play your media (music, video, photo) right from this thing. This is the how the unit looks like out of the box. 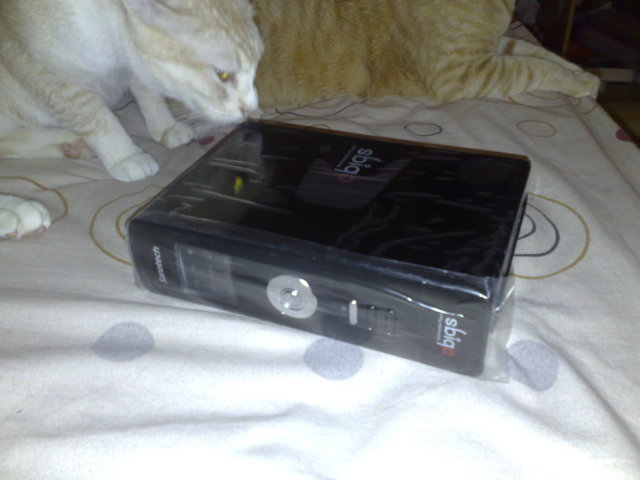 While normal external HDD enclosure only have power jack and USB jack, this multimedia have more connectors behind it, all that deals with the output of audio and video. 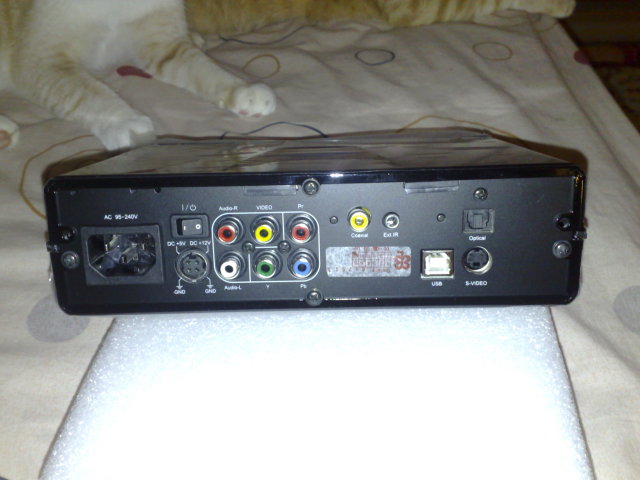 I have a spare 10GB hard disk, which should be enough for me to test my new multimedia player. And here it is in action.

Well, next month is time to get big hard disk for this. 300GB one is enough I guess.