Since the day that I almost buy a Kinect for my late Xbox 360, playing and controlling game with motion still fascinates me. Since I own PS3 now, so lets PS3 way of implementing motion control using PlayStation Move.

So far, I have seen Wii and Xbox’s Kinect, but I have never actually play one before. So the idea with moving you hand to control game is something that I’m eager to try. Behold the PlayStation Move bundle that I get. 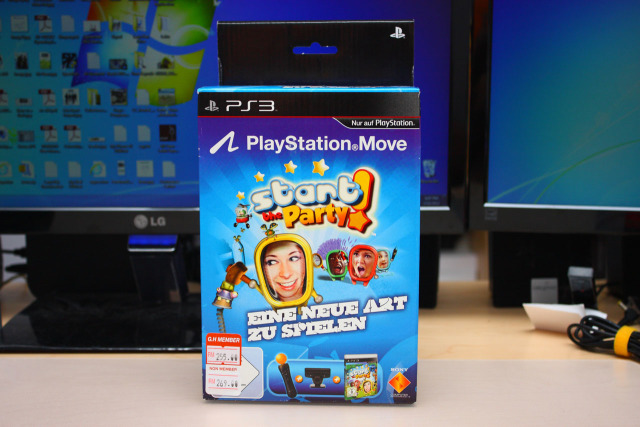 I’m getting the bundle one since the motion controller requires PlayStation Eye to work. And what use of the hardware without the game that support this. So this bundle also includes the Start The Party game. 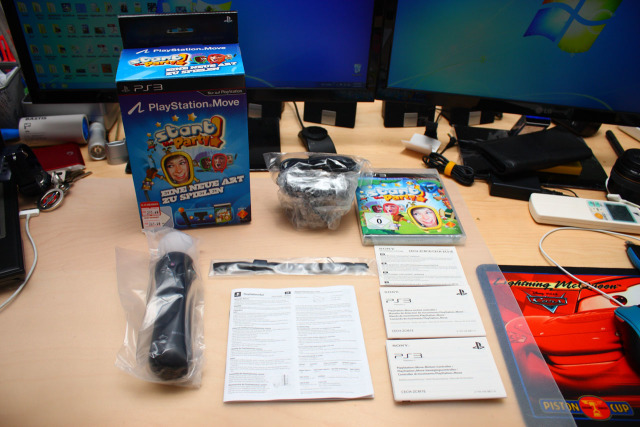 The rubber sphere at the tip of the motion controller looks a big disturbing at first. But as I dwell into the concept of PlayStation Move, it is pretty interesting actually. PlayStation Move can be thought of an imaginary gear that you wear during the game play, might it be sword, armor, bow or ping pong bat. 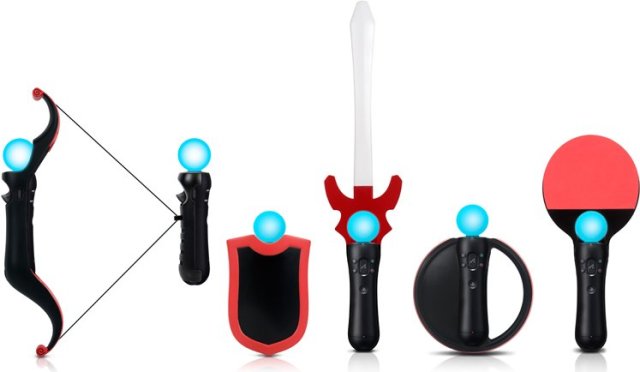 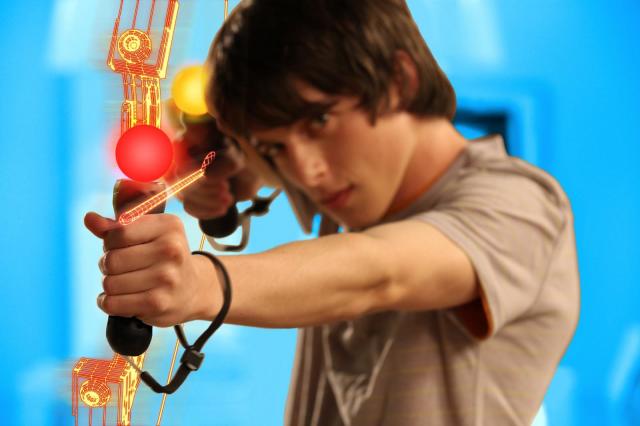 The PlayStation Move can also be attached to a real attachment, an example is the shooting attachment where now you will get a wireless shooting gun.

And often, you need to use big force to swing the motion controller, where it is interpreted as a strong attack in the game. When you keep doing this, you really got the sweat.

I have also download a demo version of EyePet Move Edition. Well, I just have to say that the game is a very genius implementation of the use of PlayStation Eye and PlayStation Move controller. 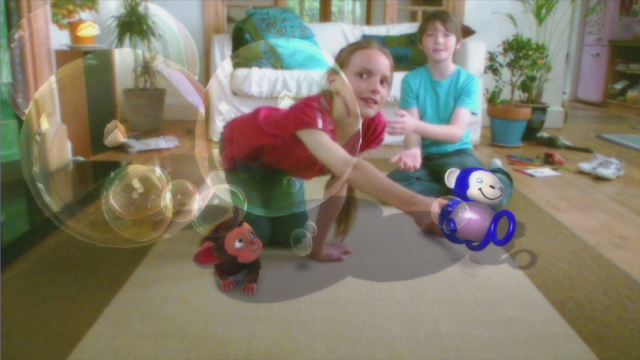