Talk to Panzer on YM earlier about he going to Cuti – Cuti ASEAN as his enrich points expiring soon. Talking about flight, then this thing struck me that I didn’t book the flight ticket yet back to Kelantan for the coming Hari Raya. But Puasa doesn’t even started yet?

Well, I understand flights to Kota Bharu very well. Easily sold out. Only the RM139.99 seats left for my flight back to Kota Bharu. But luckily I manage to secure the RM59.99 seat back to KL. If I book earlier, it will be cheaper. Anyhow, better book now, and here’s the itenary. 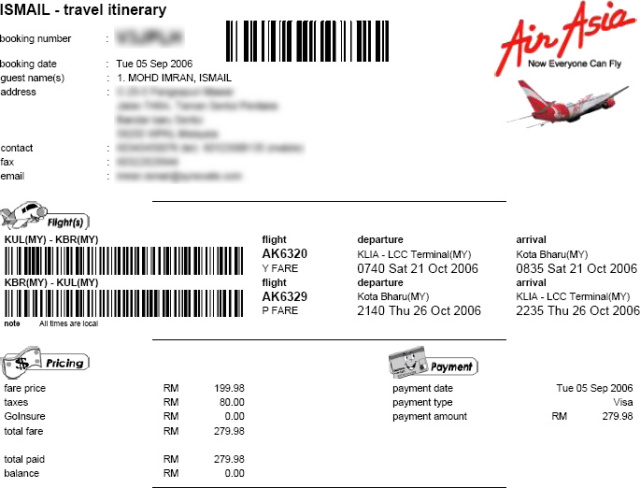 Was planning on getting on MAS, but after the price hike for the domestic flight, there is RM209.11 different between MAS and Air Asia flight. That’s a lot. It doesn’t matter, as long as I reach my hometown for the coming festive season.