Third day of training, now we moved to a different topic, which is TOM (Table Object Model). Again, it is something that I can understand easily. Alhamdulillah.

As for lunch, again, we’ve been served what Bulgarian typically eat for lunch – vegetable salad with cheese, tuna baguette and pineapple tart. 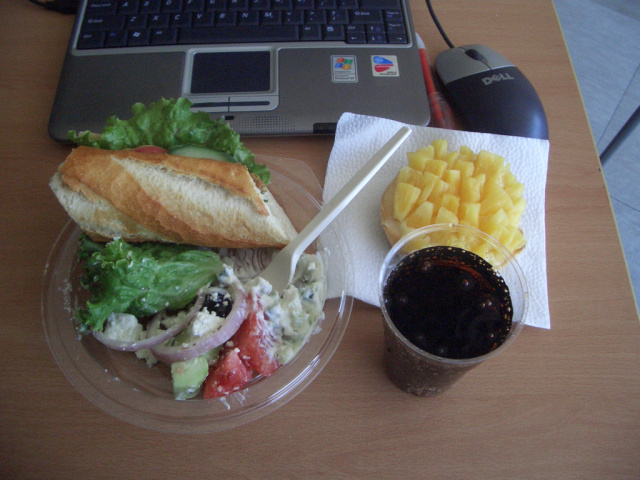 Upon my arrival 3 days ago, I did ask the receptionist whether there is internet connection available in this hotel. They ask whether I have my own laptop or not. I say yes. And they said, the hotel provide free wireless internet, but you have to use it in the lobby area. I then ask is internet connection available in the room? They said no. You have to be here.

It’s nice internet is free, but bringing my laptop to the lobby area? I end up using free wireless internet that I got from nearby building, which the signal is quite weak, and the connection is intermittent.

And today, it happened that I make an accidently discovery. My oen fall down under the table, and I went down there and move over the dustbin to take the pen, where I discovered that there is LAN port available there. Curiously, I go and get my LAN cable, and eagerly connect my laptop. Walla. There is internet connection.

Sigh. And what that lady was saying 3 days ago? I did ask whether there is internet connection in the room, but she said, I have to come down to the lobby for free wireless internet. 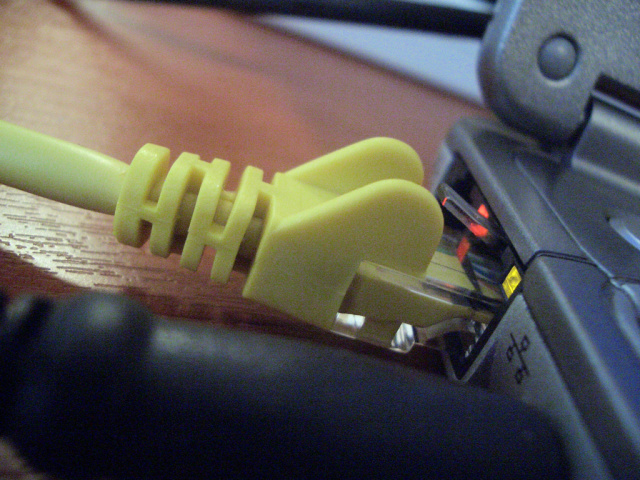 Just look at my torrent download speed below. The download transfer rate is at whooping 987.2 kB/s. Actually, it goes higher than this (the highest that I got is about 1.3 MB/s, But for the sake of showing big number, I took a screenshot when the speed is 987.2 kB/s. 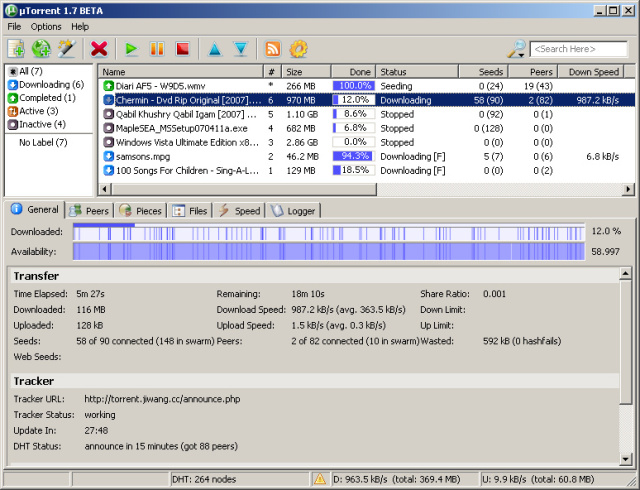 Let us look at the statistic, shall we? This is Malaysia’s Internet Usage Stat that I’ve taken from here.

From the stat, Malaysia has more users, and Malaysia also has higher penetration rate. But why Bulgaria can provide such a very good service when they still haven’t got much demand for broadband internet, and at the penetration rate that is still a bit low? Telekom must be making a fortune looking at the number of subsribers. But where have all the money go? Why there is not upgrade for our infrastructure? Well, maybe all the CEOs and ministers that are behind this telecomunication and internet thingy feeding on the money.

And just recently, TMnet has blocked all P2P connections. If you are into torrent, you may have probably noticed it. And again, the customer to blame for not having fair usage of internet. But how can we got the blame where the Streamyx users are increasing, but the infrastructure and bandwidth that TM have is still the same as when they started? And why having 512kbps, 1.0 Mbps and 2.0 Mbps is the internet is just good for browsing internet? I won’t go for 2.0Mbps is I only can browse internet. 512kbps is more that enought for that.

Come on TM. Wake up!