Remember Streamyx Homeplug that I talk about long time ago? Well, yesterday I did went to TMpoint Menara Telekom, and get a pair for myself. Tada… Here it is 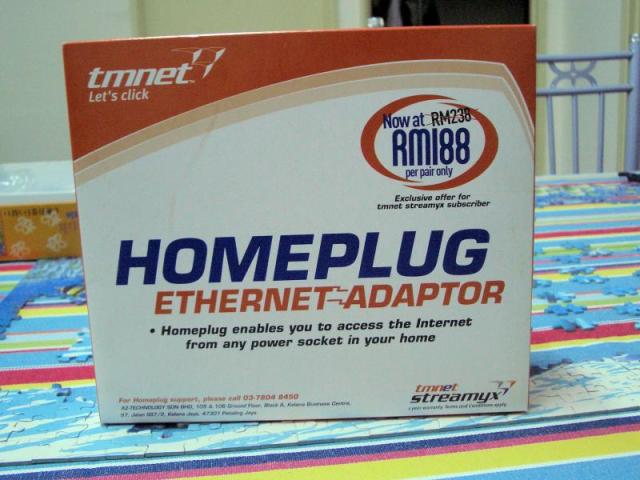 “Now at RM238 RM188 per pair only. Exclusive offer to tmnet streamyx subscriber”

Huhuhu. It sounds like, yes. I’m a streamyx subscriber, and I can buy it for RM188. How lucky I am. Well, as a matter of fact, when I went there, they didn’t really ask whether you are streamyx subscriber or not. Meaning, if I’m not using streamyx, and I go there to buy, I get to buy it at RM188 too. So what’s the point of that phrase?

Back to Homeplug packaging. Don’t let the outside look fools you. People said don’t judge the book by its cover. Well, don’t judge this by its cover too. What inside this box is really Aztech Homeplug. Aaahhh I see. So Streamyx is some sort a reseller of this product. I wonder it will be cheaper to buy these things outside. 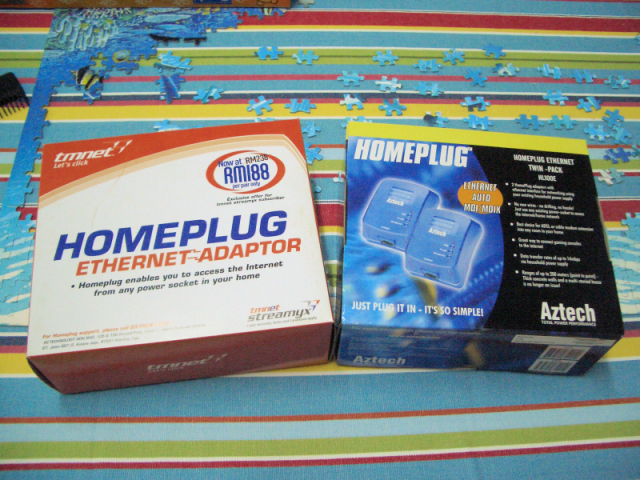 Ok. Upon opening the box, you will see 2 homeplug units inside, 2 network cable, user manual, warranty card and CD-ROM containing soft copy of the manual and also utility software. 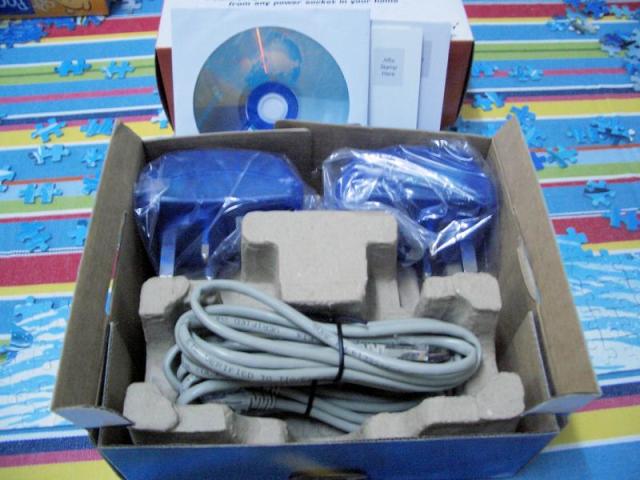 Why on earth do I need this? Well, it’s for baby below. Her network port needs something plugged in. 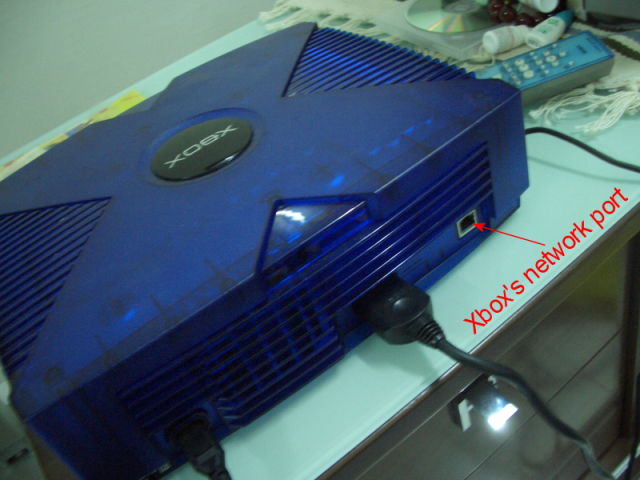 Anyway, I always hooked up my Xbox to network, mainly for transferring DivX movie files that I downloaded from torrent, and I can watch it from the comfort of the TV at my living room.

I place my PC in my bedroom. I just like privacy when doing my work, and I don’t really want to get distracted or distracting guest that I have in my living room while the are watching TV or DVD.

As I described in my previous entry, this homeplug will elimate the need to use seperate network cables by using your house electricity wiring.

So, let’s test it out. The first one I plug in to the power extenson outside, and connect the network cable from the plug to Xbox. 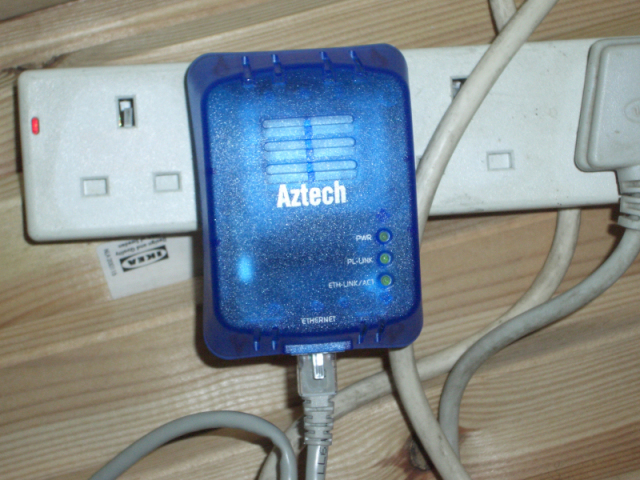 The second one, I plug it to the power extension in my room, and connect the network cable from the plug to my router. 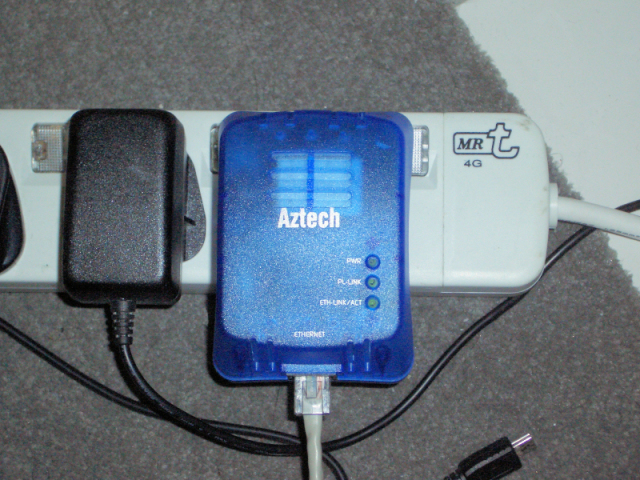 I switch on both homeplug, and after a while the middle LED (PL-LINK) is lit, stating that the plug can find another plug in the area, and has created a network link between the two.

But nothing can beat from connecting the Xbox directly to the router, using normal UTP cable. This homeplug only supports 10Mbps connection. That dissapoints me a bit. Well, it is more than enough for internet sharing, but to tranfer big files between two parties, it’s going to be slow. 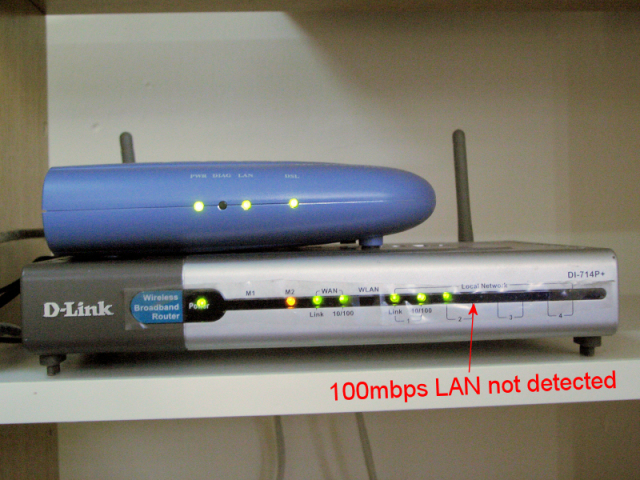 Anyway. It’s good enough. As I don’t have quite long network cable, before, I have to unplug the Xbox from my living room, bring it into my bedroom, hook it up to the router, and start transferring files.

Lets switch the Xbox on now. I really hope this is working. After EvolutionX dashboard has started on my Xbox, I then look at the DHCP list of my router.

Yatta!!! IP has been assigned to my Xbox by DHCP. So it means that it works!!!

So now, lets transfer Naruto Divx that I downloaded to Xbox. Hhhmm. The max speed that it can get is only around 5.5Mbps???? 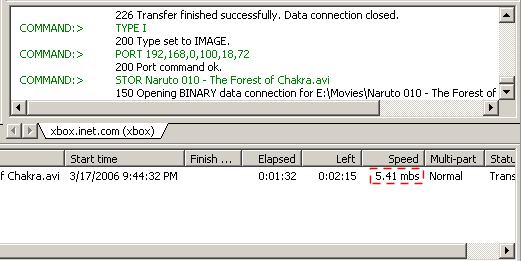 Well, in the manual, it says that to plug the Homeplug directly to the wall socket, and not to use power extension. But I only have 1 wall socket at each side. I have to use the power extension. Maybe it’s the reason my the max speed is only around 5.5Mbps. Guess I’ll test it some other time.

Anyway, I quite satisfy with all the setup. Now my PC can communicate with Xbox in the living room. No more unplugging the Xbox and bringing it to my bedroom everytime I want to upload new things. And I also can start tidying up my A/V wiring. 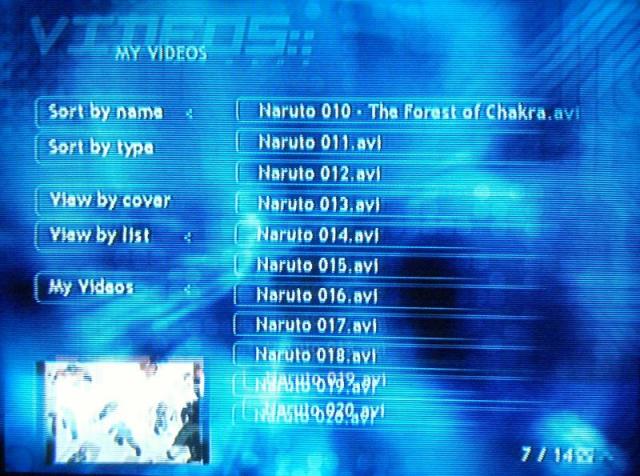 So as for now, let’s watch Naruto anime, downloaded from internet, played using my Xbox – using Xbox Media Player, displayed on my TV and watched at the comfort of my living room.