More electrical stuffs gathering today. This is another big purchase for house renovation – getting 5 units of ceiling fans.

Somehow, KDK brands does have place in my heart as I have one at my mum’s house. That house is 33 years old. So does the fan, and it is still spinning until today.

For my new house, I’m attracted for the 5 blades design with remote control. Don’t quite like other designer fan as it looks too stylish. I want something that looks modern.

I’m getting 2 unit of KDK SENSA 5 series for the living hall and dining hall. I guess I got influenced with the advert in the radio about the fan can automatic adjust the velocity by temperature change. It is also geared up with 1/f Yuragi function.

Yuragi a unique feature that incorporates the natural rhythmic breeze which is soothing and relaxing to human’s body rather than a constant and stagnant air delivery.

Whether that does work or not, the phrase does catch me 🙂 And for the rooms (master bedroom, guest bedroom and study room), I’m getting the KDK K14Y9 GY series – still 5 blades and remote control type.

I got one that has a nature touch (body made out wood) since eventually, I will be placing a mini pond here with a little of greeneries. So the lamp used here must blend into the nature feel that I vision to have here.

During my trip to Penang about 2 weeks ago for friend’s wedding, I got to know one shop that sells very cheap frames. So I got these 3 pieces of frames for RM50. 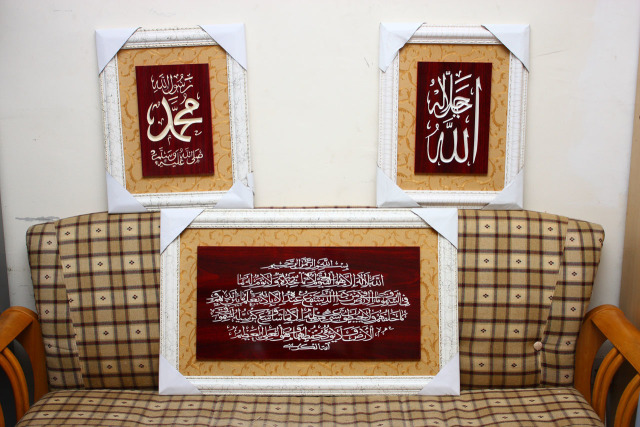 And it will be nice to have a wall mounted light on top of this frame that will illuminate it. But adding the point on the wall will add a significant amount on renovation cost as more walls needs to be hacked.

Since I’m doing plaster ceiling, why not use the eyeball light on the ceiling, where you can point the light to the wall? It will look something like this. 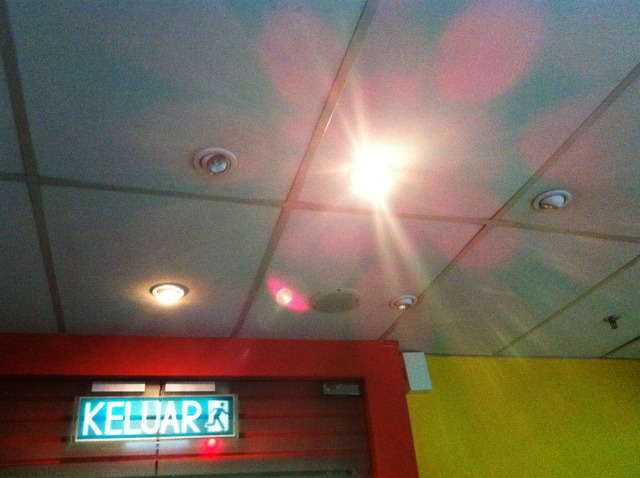 I bought 7 units of them. 3 to be used at the alley between the rooms, 2 at living hall and another 2 at dining hall. 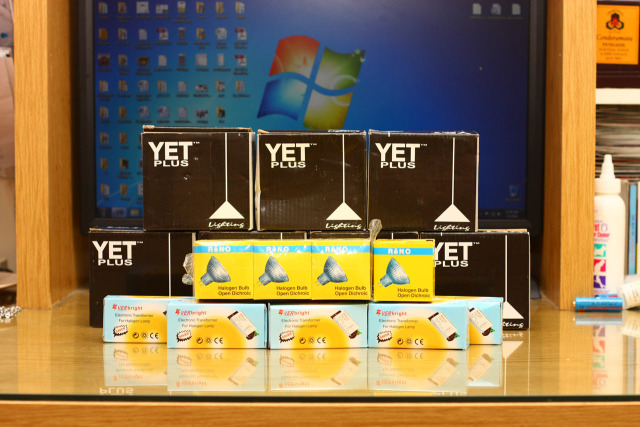 This light is made out of 3 components – the bracket than you can move around, ballast and halogen bulb. 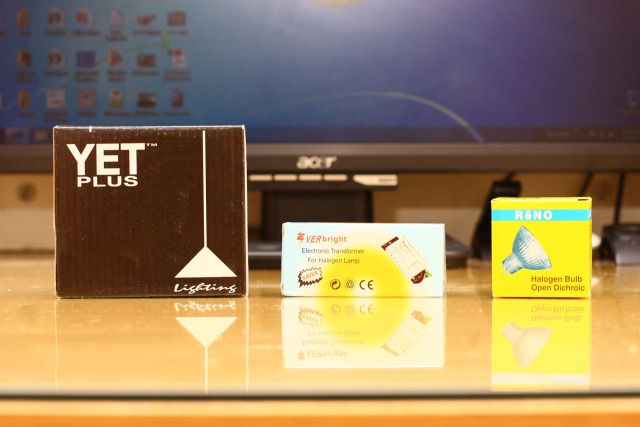 And these are those components out of the box. 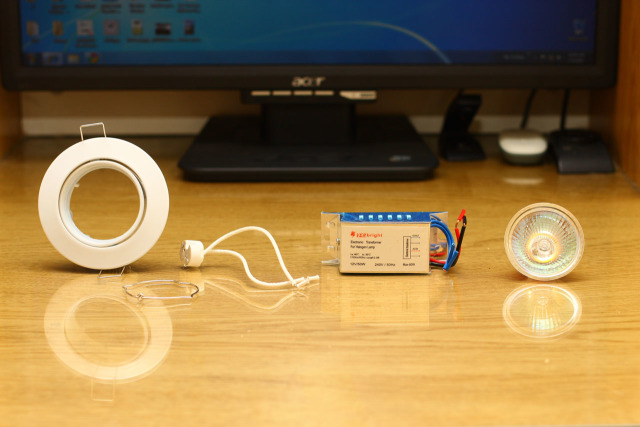 ** Read other stories about my Casa Idaman Renovation Project