Today, I went to my ex-colleague’s, Yin Hwa, pool side party,. She used to be a web designer in the company that I work now.

When I first join this company, I joined into a department of 3 people called ITS (Interactive Technical Solution). We were a supporting department that support any needs of the company for designing website, video editing, providing flash credential for other departments (our web designers work), and setting up an online survey, creating customized application, programming telephone IVR survey (my work).

But the department that we were in has not survived that long since the boss that founded this department has switched his interest, and joined other team of people, and became the Regional Director of Viewscast and moved to London, we were put under the AP Public Relation department where the departmetn & boss are in Hong Kong office.

We slowly getting less and less work to do, and no one really look after us where slowly the company thinks that our department is no longer an asset, but a liability.

So, the AP PR (Public Relation) Director and AP DP (Data Processing) Director came to Malaysia and officially announced that there is ITS no more, and two of my friends had to quit job. I was on sick leave that day, and I didn’t really there at the office to witness all of these commotions where Steven, my ex-colleague too, SMS me on that day that we have to quit our job.

The next day, even though I didn’t really fully recoved yet from my fever, I went to the office, and found out from Yin Hwa & Steven, the company is paying 7 months salary to them as a reimbursement for having to quit the job on immediate notice.

I guess it’s not a bad offer, since I can start looking for another job with the 7 months salary that I will get, where suddenly, my AP DP Director called to meet me.

I was quite dissapointed at that time since she told me that I will have to stay with the company and have to join the Data Processing department. What the ****. I then told her I don’t want, and I would like to be given the sam offer that my 2 other colleagues are getting. She said I can’t since the management decided that there is still something that I can do in the company, and my service is still needed. And if I want to leave the company, I have to do it normally (i.e giving 2 months notice and quit the job without getting any reimbursement). Clever! Clever! I was trapped there. Anyhow, now I’m happy now in DP. It is just I was too emotional that time I guess, and fed up with the situation.

Oh. Back to the party. The party is kinda a 3-in-1 kinda of party for

Quite a number of people were invited from my office too, and luckily she gave us a map. Easier to find where the house is. 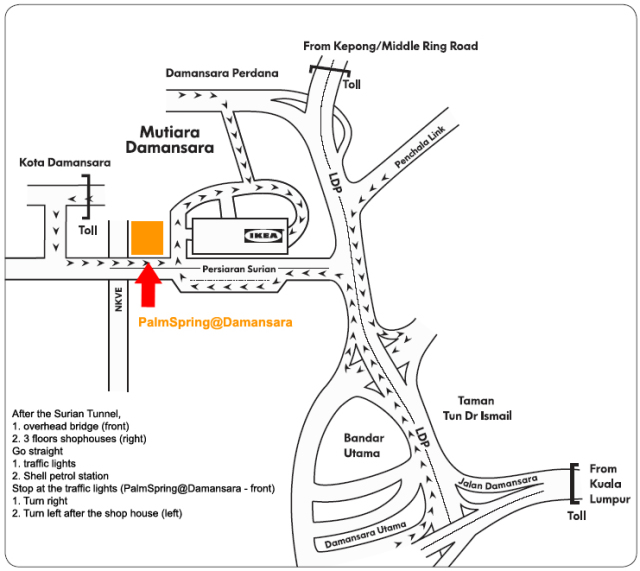 Her new house is located at PalmSping@Damansara. Very nice neighbourhood I have to say. 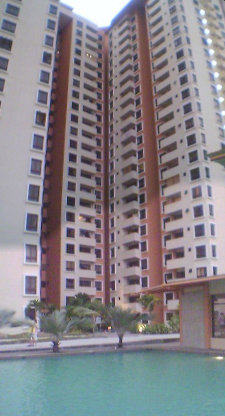 The radius of the area is about 1km, and there are 7 swimming pools in the area. 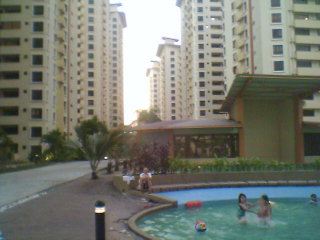 This makes me gettng eager to get myself a house too. I’m kinda surveying a good place to buy a house now.