It’s still fresh in my mind, how 3D gaming was booming and that time, and being a student, in England, with a known MARA very little scholarship (MARA students only get 291 pounds a month, compared to TNB and Petronas students who get 400++ a month), I have to save money to buy the popular Voodoo 3 3D graphic accelerator card at that time. It only have 16MB SDRAM, but it does fulfill my gaming needs that time. In fact, I still own the card until today, and it still works fine.

And once I get the graphic card, I have to wait for the next month to get the Final Fantasy VII. You have to buy original games there. You can’t find any pirated softwares anywhere.

I’m busy like hell in the office today doing the quartely maintenance of the database of 17,000 consumer panels, and growing, and hundreds thousands of rows in the database. No more 2 or 3 blog entries per day from me. Hehehe 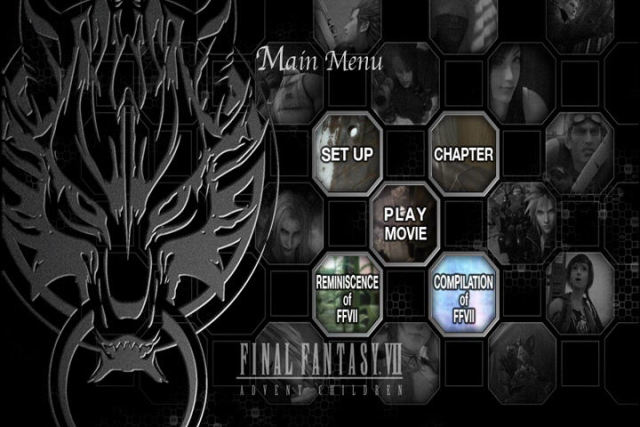 Oh man. The story just brings back all the memories, the names that I used to hear, the place that I uses to hear, the scene that I used to see. Shira, slum, jenova, sepiroth, cloud, tifa, aries, barret, red xii, yuffie, cid, vincent, cait sith, gaia, gold saucer, junon, midgar, nibelheim… so many memories hearing this.

Below are the familiar faces that you can find in the original FFVII game, only they are prettier and more handsome this time. How computer graphics evolved in front of my vary eyes. 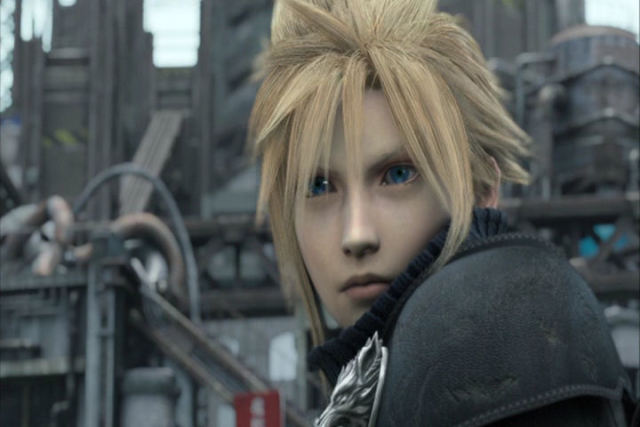 The main character of Final Fantasy VII, Cloud grew up with Tifa in Nibelheim. He aspired to become a member of the elite Shinra group of Soldier and be just like Sephiroth. He failed in his mission and met Zack. Him and Zack were with each other for a while, going through many hardships until they got to Midgar. He then joined a group called Avalanche who rebelled against Shinra. His rival is Sephiroth and his main goal is to destroy him. He holds a giant blade at all times and is strong enough to be able to swiftly move the blade. 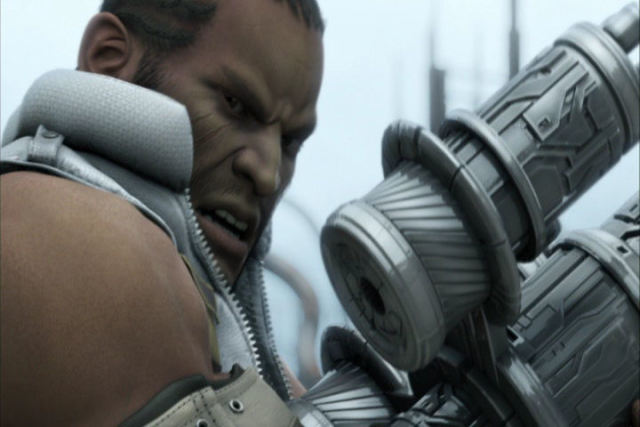 Barret was born and raised in the mining village of Corel. When Shinra wanted to build a reactor there, the people refused but had to accept. When Shinra believed that the people were abusing the reactor, they set out for destruction. Barret lost his right arm in a skirmish with Shinra troops and after that, he had a gun put on the arm for his revenge on Shinra and started a group called Avalanche which was hell bent on destroying Shinra. 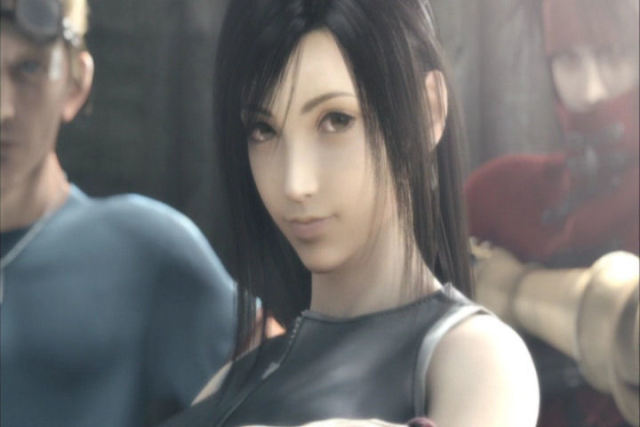 Tifa grew up with Cloud, they were close at times, but a lot of other boys were around her most of the time so they could never really get together. After Cloud left, Tifa became really sad and eventually left Nibelheim to go the Midgar. There she joined the group Avalanche and started up a bar called 7th Heaven in Sector 7. 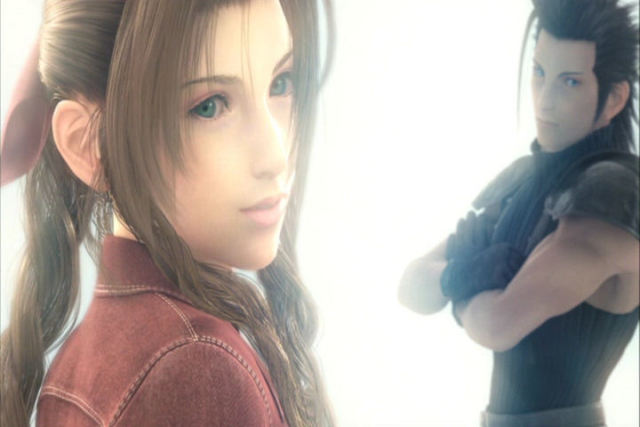 Aeris was born secretly in the Icicle Village and was soon taken by Shinra to Midgar. Her and her mother escaped to the Sector 5 slums. There, Aeris lives with Elmyra in her house. The Turks kept trying to capture her as she was the last of the Cetra race and valuable to Shinra, but she kept eluding them. She is the best magic user in the game. 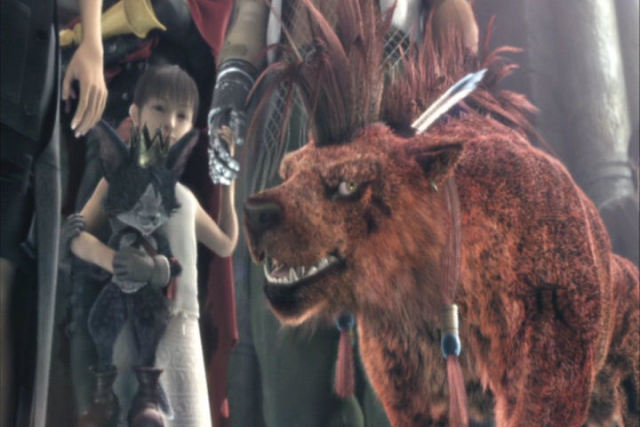 Actually a teenager still in his years, Red XIII grew up protecting Cosmo Canyon and believing his father was a traitor. He got captured by Shinra and became a research specimen. He was eventually saved by Cloud and the group and also found the truth about his father. His grandfather, Bugenhagen, is human, which makes no sense but who’s to argue. 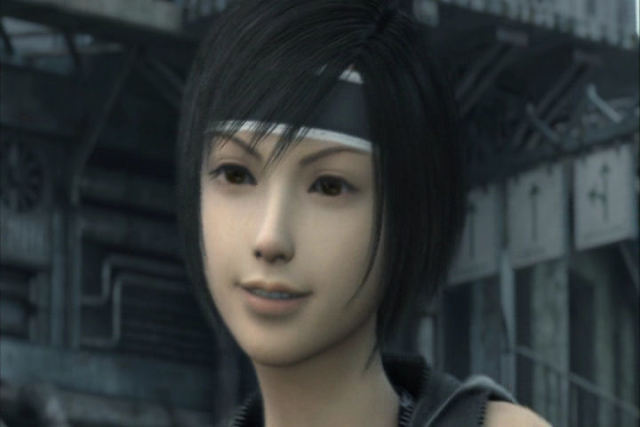 Yuffie is usually the first secret character you encounter. Found in most forests, you can encounter her even before going to Junon for the first time. She was raised in Wutai, where she became a mischievous thief and left Wutai to try and find materia strong enough to save Wutai from the tourism that Shinra had brought. It gets very interesting when she first returns home with Cloud and the group. 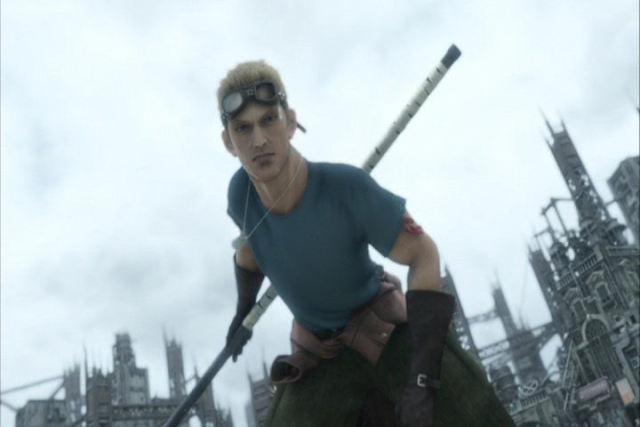 Cid was going to be the first man in space on Shinra’s No. 26 rocket. When Shera screwed up his rocket plan, she decided to let Cid live with her in Rocket Town. Cid is a tense man who swears a lot. He is the creator of such airships as the Highwind and Tiny Bronco. 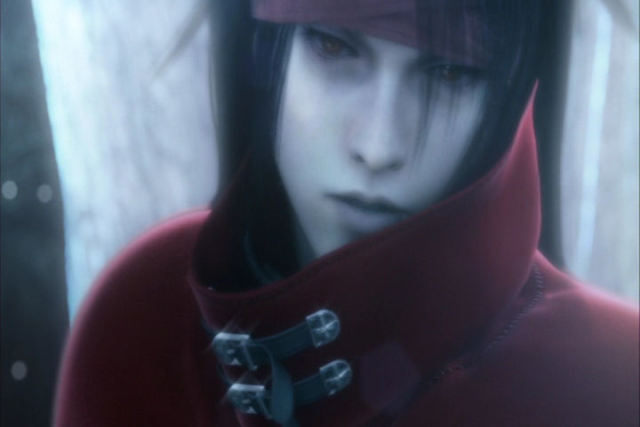 Very mysterious, the second secret character you find sleeps in Nibelheim. A former Turk, Vincent was in love with Lucrecia, until an accident occurred which resulted in Vincent sentencing himself to life sleeping. Not much is known about his past, but he does swear revenge on Sephiroth and Shinra.

Too bad that Aeris only appears just for a short while throughout the movie. If you played the original FFVII game before, Aeris died at the end of the game. Sob! Sob! Sob! I was into the game that time, and did cried when that happened. Hahaha. That’s when I was teenager OK!!!

I just have a crazy idea. I’m going to install Windows 98 back in my old PC, put the Voodoo 3 2000 card back in, and install Final Fantasy VII, and play the game all over again. The game won’t run anymore using the present generation of graphic card. It will be a great feeling to bring those memories back to life.