Happy New Year. I can’t believe that I’m in the year 2001 already. I felt like it was yesterday that me, Yat and Hezlin were in Birmingham celebrating the year of 2000, which was well known as the new millennium celebration. Oh well… There’s rather quite over here, not like in England. I still remember on last year’s new year eve, I was away, in Birmingham together with so many people waiting for that new millennium thing. It was so happening. 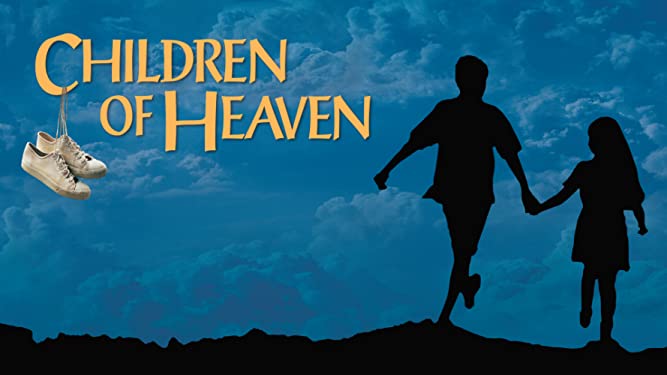 So very dramatic. It started with one kid jumpa tukang kasut, fixing his sister’s shoes. On his way back home, he drop by the grocery store, nak beli kentang yang rejected. Dia letak kasut adik dia tu kat luar, and then picked up by pengangkut sampah.

Actually, cerita ni berkisahkan pasal kasut tu. Now his sister got of problem going to school because she hasn’t got the shoe anymore. That kid insisted his younger sister to use his, dan diaorg bergilir2 pakai kasut tu ke sekolah. Adik dia belajar sebelah pagi, then lepas adik dia habis, she will run back to his brother, and his brother got the shoe, and run to his school. He several times got caught by the teacher there on coming late. His is brilliant though. He is one of the person who got highest mark in the class, and given a pen as a gift by his teacher. The sister who is in bad mood because of the shoes got delighted when the brother gave the pen to her.

One tragic incident was, the shoe worn by the sister tercabut and terjatuh ke dalam longkang, and swept away by the stream. She kejar and kejar, tapi tak dapat, at last kasut tu tersangkut kat bawah longkang. She was lucky that one old man helped her to jolok the shoe that caught by the pembersih longkang.

Sooner later, the sister happened to notice that her shoe is worn by a girl, but she’s not asking it back from her. One day, she follows the girl back to her house. On the next day, she and her brother went to the girl’s house, and one thing that the noticed that the girl’s father is blind. So they batalkan niat of claiming the shoe from the girl.

Another scene, the sister dropped the pen given by the brother, and the girl yang ada kasut sister tu notice it. The next day, she returned the pen to her. But still, she didn’t say anything about the shoe. One the, the girl’s dad bought her a new pair of shoe, and her mother throw the old one away (which used to belong to the sister lady). When they met again sister asked the girl about the show, and she told her that her mother throw it away. And the sister knows that there is no more hope of getting the shoe back, and depressly asked the girl why throw the shoe away.

Another good event was, he and his father went to town to carik kerja membersihkan laman rumah di kawasan perumahan orang2 kaya. After so many tries, they still can’t find anyone that will hire them. Lastly, he went by a faucet to have a sip on the water, and suddenly a kid from the house where they stop at was talking to them on the intercom. He happened to live with his grandfather. At last, they managed to do some job on that day. Ayah dialah yang kerja, while he playing with the datuk’s grandson. On their way back, brek basikal tak makan, and terlanggar pokok. Basikal rosak. At last, dia kena naik lori untuk balik.

Back to the stories of the boy and his sister, as both of them keep running to/from the school everyday, they managed to run faster and the brother was able to be at school on time. At the boy’s school, guru sukan sekolah tu announcing yang sekolah tu akan mengadakan pemilihan utk perserta lumba lari. At first, they boy didn’t have that much of interest because of his shoes. But after he look at the prizes, the third place will be given a pair of shoes. He went to see the guru sukan tu, but he was already late. At last, he cried and pleaded that his name to be included in the list. That guru sukan had test time budak tu berlari, and he impressed. At last, he got into the list.

On the day of competition, he kept looking at other’s shoes. All loaded and porch people you know, with brand new shiny white shoes, and compared to his one, dirty with holes that has been patched. But he didn’t give up. At last, he managed to secure himself at third place during the running. But budak yang belakang dia tu dengki, and tolak dia. He fell down to the ground. He got back up, and kept running while terbayang2kan adik dia. At last, he got the first place. At the finishing line, he asked the teacher whether he got the third place, and the teacher said, r u kidding, you are first. He felt so sad and cried, since he wanted that third place very much as the prize is a pair of shoes.

Then the scene switched to his father on the way going home, with two new pair of shoes, for him and the sister. The boy got back home. His sister is waiting with big hope, but from the sad look at the boy’s face, she knows that her brother didn’t get the shoes for the prize. She ran into the house after hearing their little sister weep. Then, the boy put the shoes off, and put his bruised feet into the fish pond, and the fishes came and lingered around his feet, and the story ended…..

Well… This is a very unique story, and no wonder it arrives here in Malaysia. Furthermore, the story has got an english subtitle below it, meaning that it has been screen somewhere else before, and was prepared for the international.

SOMEHOW, THE STORYLINE WAS VERY TOUCHING AND I CRIED SEVERAL TIMES ALONG THE WAY, AND AM CRYING RIGHT NOW. Shame shame.