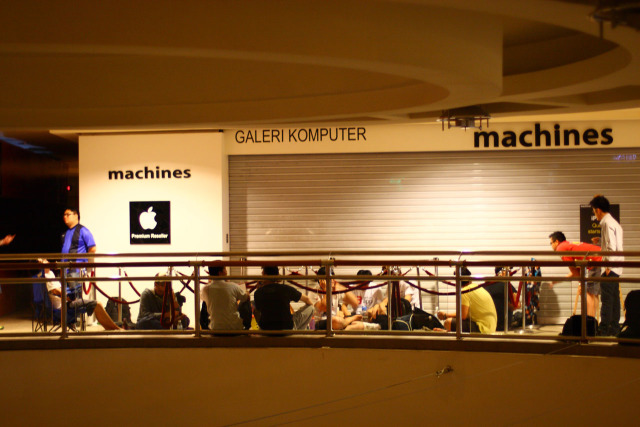 At around 8:40am, the store’s lights are on. Now, the commotion is getting more intense, where everyone now is in standing up position, in the ready stance waiting for the shop to open. 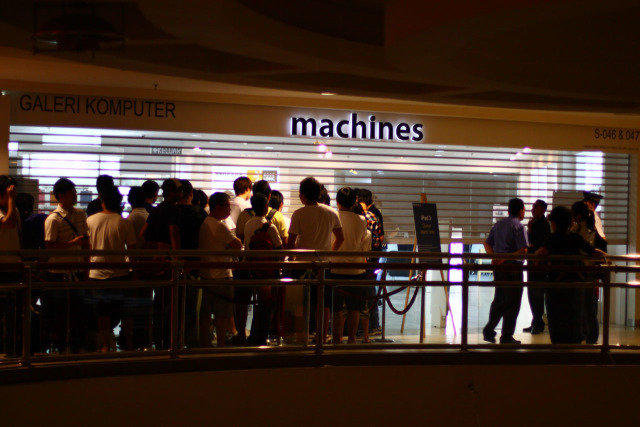 Then the Machines’s staff are handing over goodies bag. From afar, I heard that the first 100 who are in line will receive this. With me being the 30th person, I will get this for sure. 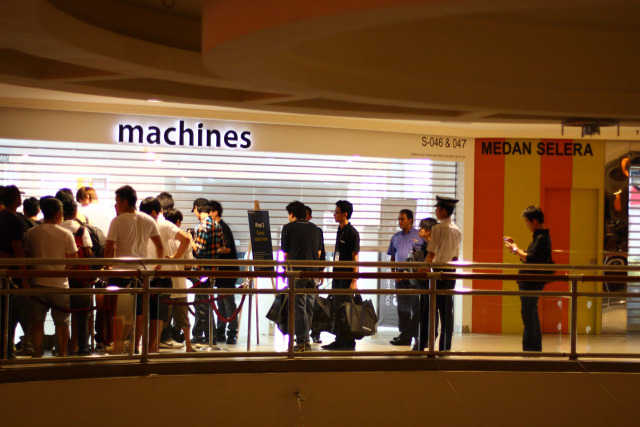 Then the atmosphere is getting more intense. It’s time for you to secure the model that you want. What happened is, Machines staffs are walking with the cards in their hand of the stocks that they have for iPad 2 – one for each available color, model and size. I’m going for 16GB Wi-Fi + 3G (White) model.

By the time that they got to me, there are only 2 units of 16GB Wi-Fi + 3G (White) model left. Damn. I’m just so lucky to get what I’m looking for, or else I have to settle for bigger storage model (which they still have quite a few) for additional RM300. 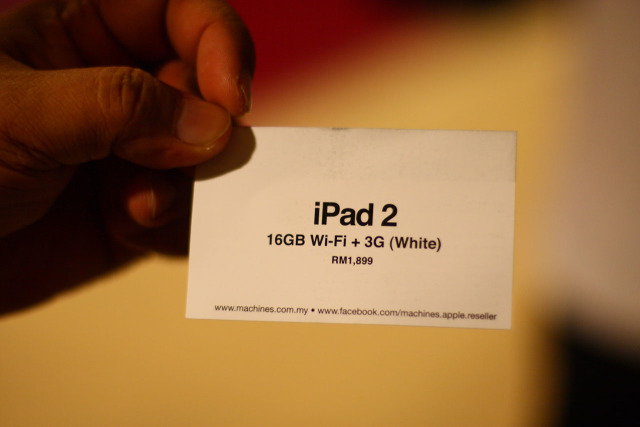 Towards the end of my previous post, I did mentioned that I only plan to get the cheapest 16GB Wi-Fi only model. Then why I’m getting Wi-Fi + 3G model this morning? Here are the reasons.

So let’s look at the front of the queue. Noticed the guy in checkered shirt? Well, he’s the one that first got into the queue, and from what I heard he was there at 10pm last night, just before the store is closed. 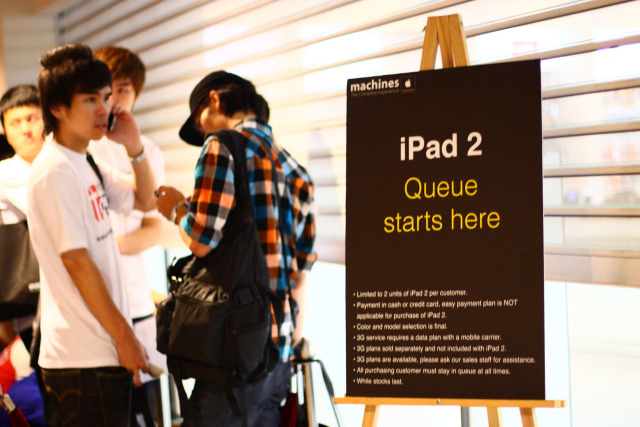 At about 9:50am, Machines Mid Valley store is finally opened for business, and that received a big hand clapping from people in the queue. At this point, I think there are at least 200 people already in the queue. 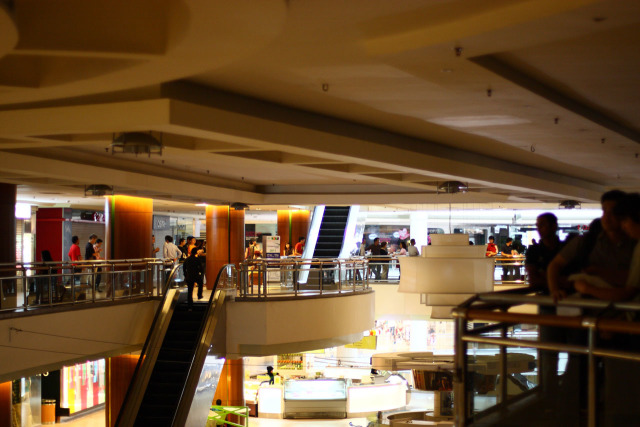 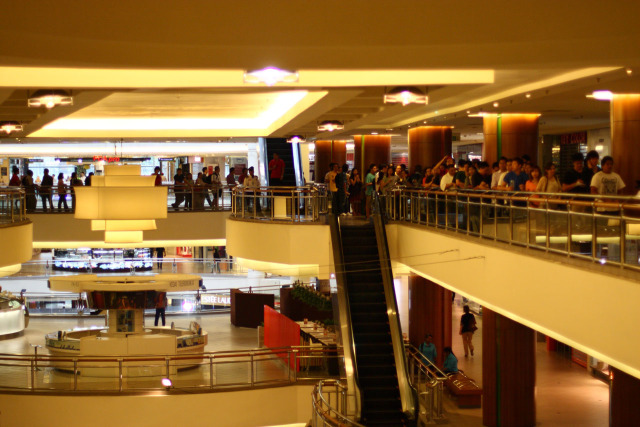 Overall, the process gone pretty well. There are 4 counters available for collecting your iPad 2 and making payment. There’s a usual scene of people trying to bypass the queue, but since if you don’t have the card of the iPad model that you will buy, they are forced to join the queue since they guys with the order cards are placed at the back of the queue. Well done to the staffs of Machines Mid Valley for having this well organized. 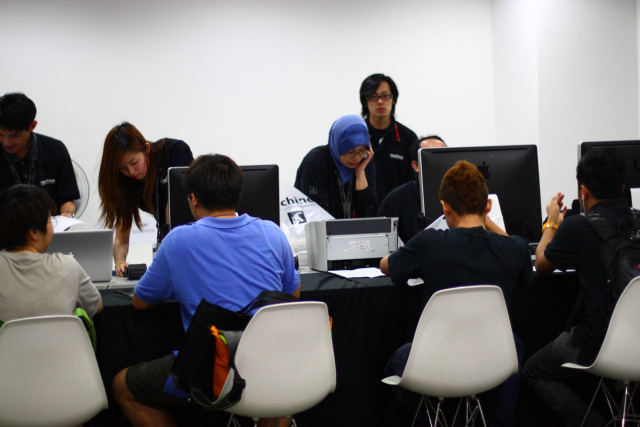 At 10:41am, I am now official iPad 2 owner, after being in the queue for almost 4 hours, just 1 and half hour shy from the waiting time last time when I was getting iPhone 4. 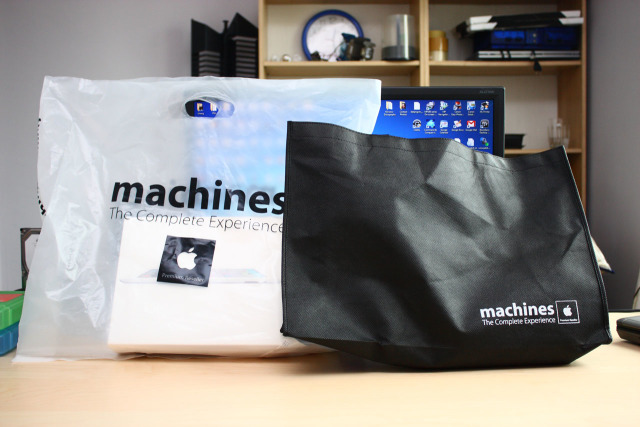 When I got out from Machines, I was quite shocked to see that the line is getting even longer. 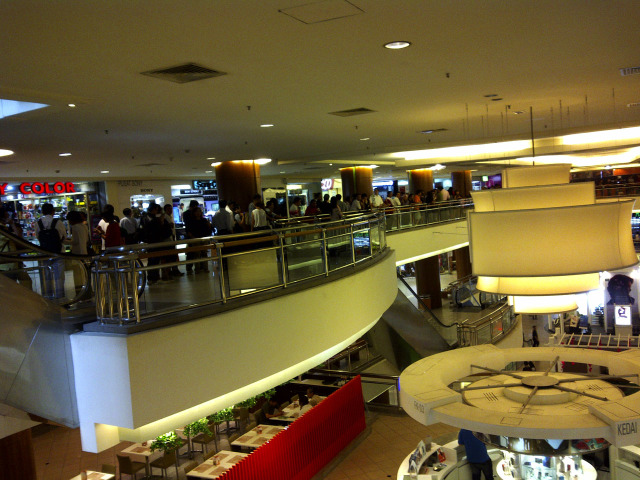 And while I’m taking this photo, I overheard the Machines’s staff making an announcement that white iPad for all models have been sold out, and only limited black models left. Bloody hell! Good luck everyone 🙂