It’s almost 2 months since I first got my Canon EOS 40D DSLR camera. My shutter count is at around 3500 now, which means, I have taken approximately 3500 photos using my new camera. But none of the photos I’ve taken really WOW me.

Been introduced to PhotoSchool by CandidSyndrome forum by a visitor of my blog, Fazira Abdull, and starting from that moment, I started getting an exposure on DSLR world. But after so many reading I’ve made and self experimentation with what I read, I still not satisfy with the photo that I take.

Then I saw the following adverts posted in the PhotoSchool forum. Then my heart starts to tick whether I want to join this or not. I want to, but I just too shy to make a move and book a place for me. 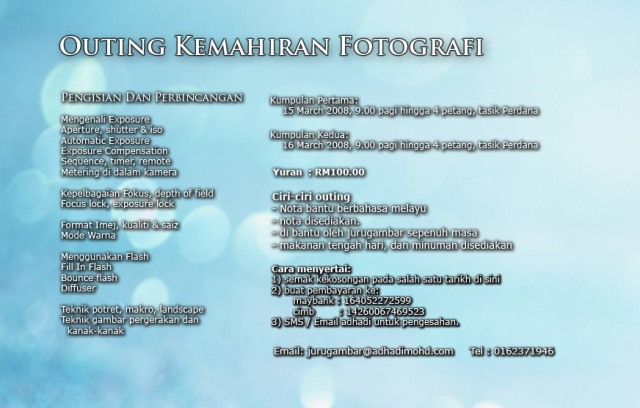 I made an enquiry about this outing for 15th March in the forum, where the post owner suddenly put me in the list of reserved people. Well. That’s the sign I guess. I should join this outing. Finally, made a payment to confirm my place. But just another thing happened, where the location has been changed from Tasik Perdana to Putrajaya.

Having a transportation problem, I just decided not to join, where someone in the forum private message me telling that I can car pool with her. What a brave girl she is. She hardly knows me, but willing to give me a lift to Putrajaya.

The day that I’ve been waiting for has arrived, and as early as 7:30am, I went to Putrajaya, car pool, with the girl that offered me a lift together with another lady. When you have something in common to talk about, the ice breaking process is so easy. And there’s no other thing that we talk in the car except photography. Surprisingly, all 3 of us are Canon user. 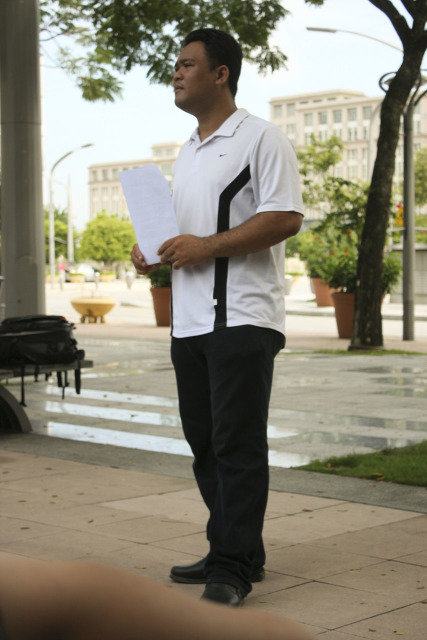 I’ve taken this photo right after the class has started. See. This is the typical photo that I’m getting everything I photograph. The photo is a bit dark, and not very sharp.

There are 16 of us attending this outing today. We went through theory class for almost 2 and 1/2 hours, learning about the basic of digital photography. Then it’s practical time – how to shoot portraiture.

Oh boy. How I’ve been using not an optimal setting whenever I take photo all this while. The simple but yet invaluable lesson that I learn today, for portrait, use the telephoto side of the lens, use aperture priority mode, set the aperture to f/8 and ISO 200 (in this bright light), and let the camera decide the best shutter speed for normal exposure. And the result:

I don’t know. I feel that the photos above are way better that what I’ve taken so far. All the photos directly out from camera, unedited and uncropped. We don’t have model to be used as subject, so all of us take turn to be a model. As a matter of fact, I’ve been asked to be a model at the very beginning. Well, I don’t have the photo of me being a model since I’m the model and can’t take photo, and I am also not intended to ask those photos of me from others. LOL.

Then it’s lunch time. Hhmm. How time flies. Here are some of people that attending this outing having lunch. This photo is not well composed. I’m very weak at this. After lunch, the outing bring us to another topic, which is photo composition. 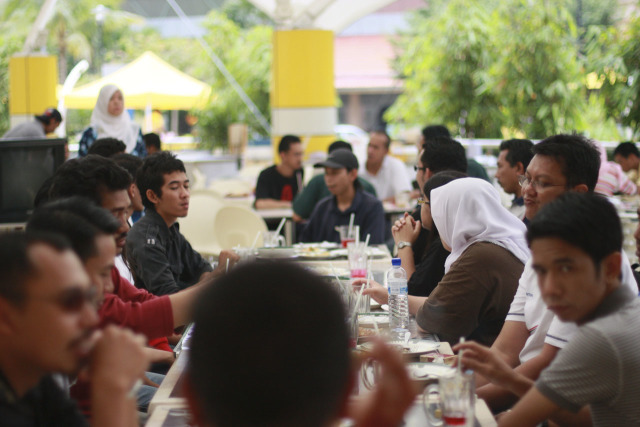 Bro Adhadi gave some tips on how to compose photo in viewfinder. But according to him, having the ability to take photo at a very good angle is not something that can easily learned. It takes a while to get acquainted with the process. It is more to skill than technical thing that has certain formula or format.

But from the tips given, here is a photo that I’ve taken applying the technique that Bro Adhadi explained, 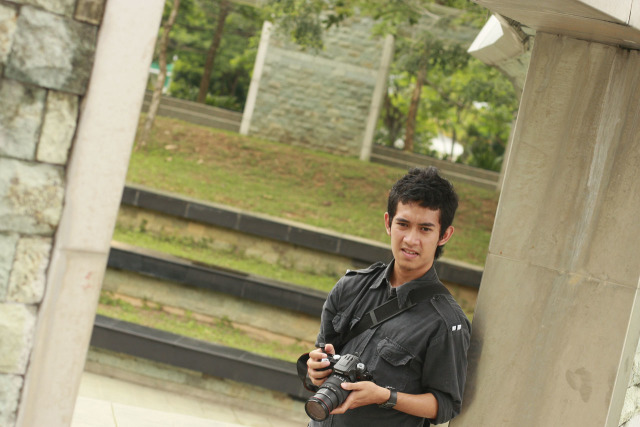 and here’s another one. 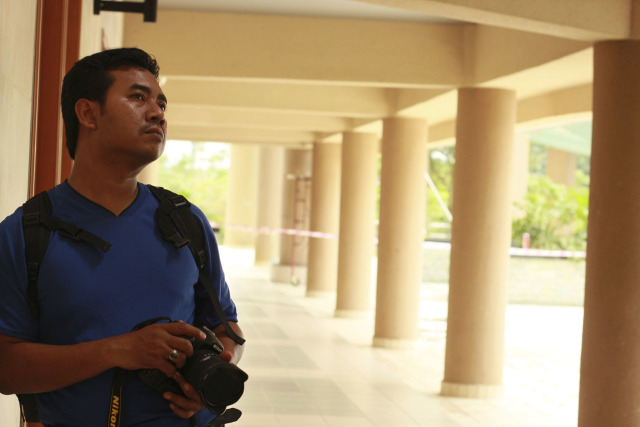 For me, I guess this is far better than what I’ve taken all this while.

The next topic is using flash, and for this, we need some place dark. This session will expose us on how to use flash in proper way in the place where light is not enough to well lit a scene. Luckily, there’s an empty badminton court where we can spend a few minutes taking picture. But man. Someone came and chase us out, saying that we need an approval letter before we can use the facility.

But that incident won’t bring us down at all. We moved to the underground parking area, which is quite dark for this flash photography session. I didn’t actually follow this one as I don’t own myself a speedlite yet, and what being shown is more for Nikon users.

After that session ended, it’s the end of today’s outing as well. To be honest, I rather feel a bit sad. But, apart from learning a new thing in my life, this outing also give me a chance to make more new friends. Like I said. When you have something common to talk about, all of us get along pretty well, as of we have known each other for years.

A group photo ended out outing today, and as usual, the light particle emitted from me somehow didn’t perceived well by the camera’s photo sensor. 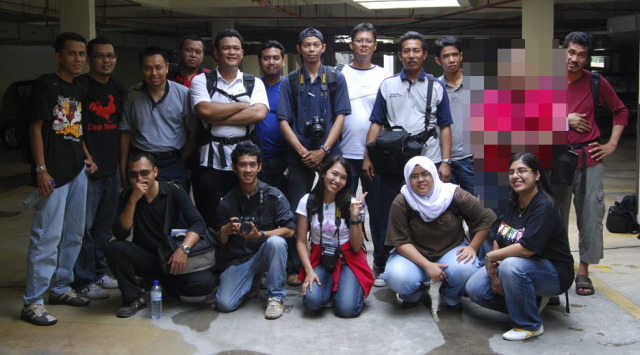 I’ll leave you all with the collage of photo that I made from the photos that I’ve taken from the outing today, 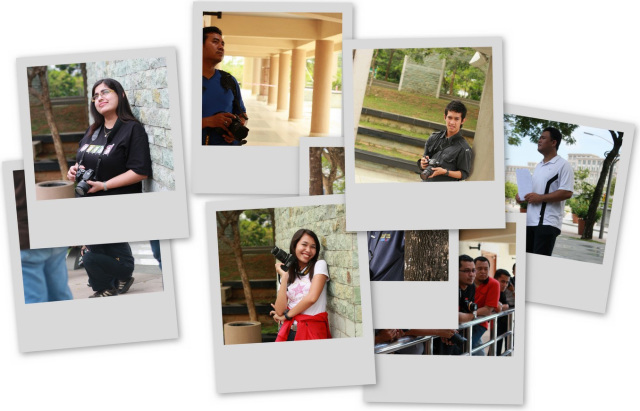