Woke up at around 1:30pm today. Whoaa… Only sleep at 6:30am earlier after I was back from the cinema. Do a little bit of jigsaw puzzle, play my Xbox, surf internet etc.

Had lunch after that and decided to go to Sungai Wang to accompany my friend to buy handphone. Oh blody hell. All the roads leading to Sungai Wang is closed. I guess I stuck in the massive traffic jam around Bukit Bintang area for 1/2 an hour. Then decided to go to PC Fair that is held at KL Convention Centre. I’ve never been to KL Convention Centre before, and the last PC fair that I went to was held at PWTC. 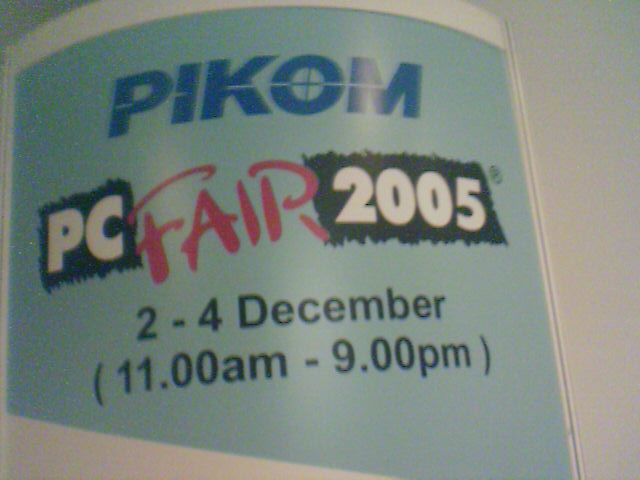 Wow. There are so many many people there. It’s very hard to walk between those packed and narrow path between booths. 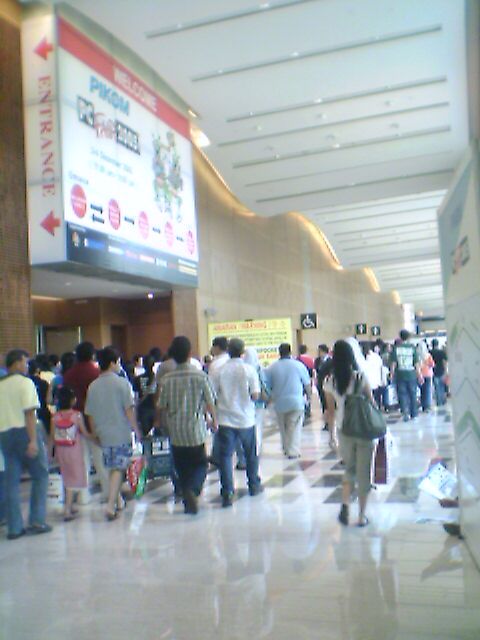 And there is one Malay lady curse me due to the accident that I have bumped to her a little.

It was an accident. There someone stepping back without looking while I’m passing through and I’ve been knocked to the left, and accidently knocking you. And can’t you see there are million, billion and zillion people in here? If you don’t want people to touch you, hit you, you can be at the Taman KLCC nearby, and no one will bother to accidently hit you.

And furthermore, this place is not own by your father and this expo is open for public, or if your father does own the convention centre, or your father is the chairman of the expo, go and ask him to close the fair for the public and just let you do the shoppping alone.

Not a good idea if you come here just to browse through what you can buy. It’s really hard to walk, and the floor below (where what I called flee market is) has a very bad ventilation and the aircond is week. There’s variety of smell there as you walk. Body smell. Armpit smell. Just name it. You know what I mean if you were there.

Decided just to went off after a while. Guess it’s more convinient to shop at Low Yatt Plaza at later dates.