With my new PC is capable of running latest GPU-hunger games, I’ve been trying quite a number of games that I can’t even play on my old PC. One thing that interest is is that, when I install Prince Of Persia game, there is this screen that’s detecting whether I have game controller installed on my machine or not. Then another crazy idea came up – I want to get game controller for my PC too.

The one that interests me is this Xbox 360 Wireless Controller for Windows. The wired one is sold at RM149, and the wireless one is at RM199. Being a fan of wireless, of course I go for the later. 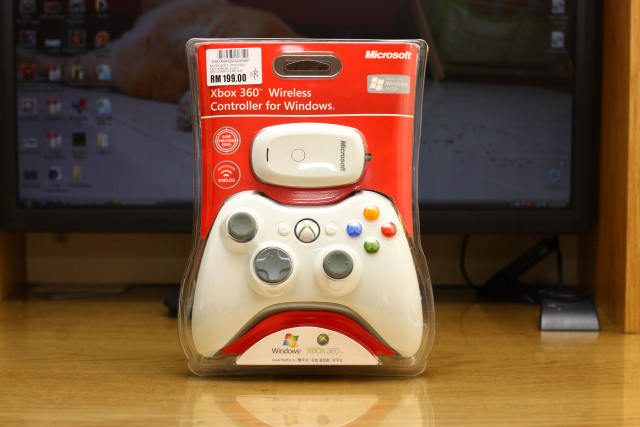 Not having enough money in my wallet today, I just decided to use credit card. Furthermore it is just 2% administrative charge for Visa Credit Card, which is RM3.98 for the RM199 controller.

So I sign the credit card slip, and walk out of the store. Only a few steps away from the door of the store, I can’t help to look at the new controller that I bought, which I happened take a glance at the receipt first. Then I got a little bit confuse. 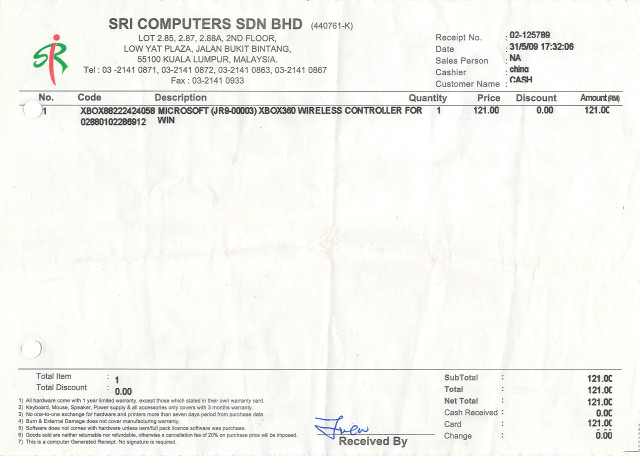 The receipt says that the total is RM121. But the controller itself is RM199? Realizing that the cashier has punched in by mistake, the following 2 options keeps juggling in my head – the thing that I should do.

So which option that I really choose? I leave that for you to guess 😉

So what PC games that are compatible with the Xbox 360 contoller? Luckily there’s this page has a comprehensive list of PC games which support the Xbox 360 controller without special drivers or configuration. Great! Prince of Persia and Fallout 3 are in the list.

OK. I’m off for some game playing now.