Back again to KL

It’s time to get back to KL today. I’m taking a 9am Air Asia flight today. My younger sister fetch me to the airport today. Arrived there, say goodbye to my younger sistem, and I headed to check in counter. 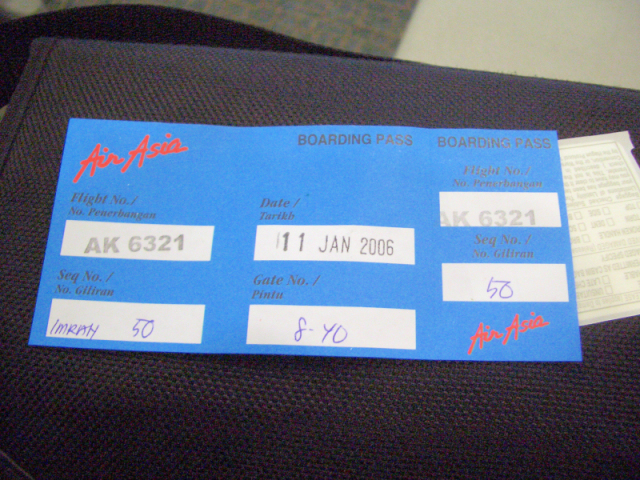 I was expecting the queue for checking in will be quite long, but I’m wrong. The check in counter is empty. Perhaps due to I arrived rather early that the usual people that other people will be rushing to the airport. Managed to take this panorama photo of the interior of Kota Bharu airport.

There’s not much to see, went straight to departure hall. Yeah. I’m the third person that arrived there for this morning flight.

It’s time to embark the flight. Don’t really know what happened to that sky bridge. The flight is parked a bit further and we have to walk all the way into the flight using the moving stairs. Very old time. And great. The flight is only delayed 10 mins.

As it is the raining season for east coast of Malaysia, and the sky is filled with thick cumulonimbus clouds (ahh.. The memory of the science class during my school time just back in my mind). For that, the flight has to fly above the cloud. And I have this magnificent view of the flight flying over the carpet of white clouds. It’s very breathtaking, and my finger can’t help to snap a photo or two, 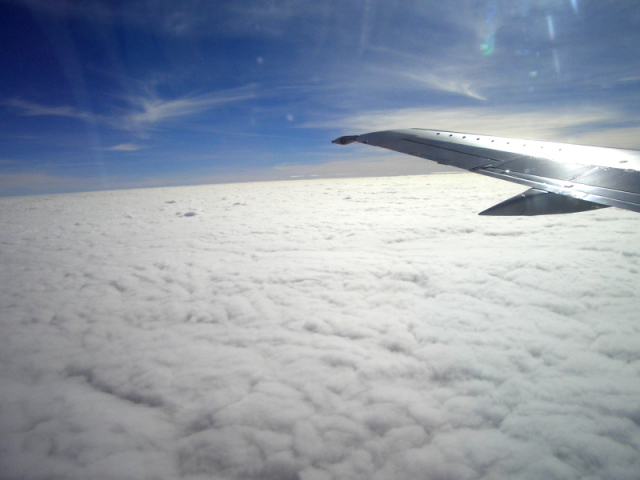 and to take video using my handycam.