I though the purchase of T5 Lightings last time was the final purchase that I will ever do for my house renovation purposes.

As stated in my entry, the K14Y9-GY fan that I bought last time cannot be fitted to the study room, as the ceiling is a little lowered compared to the rest of the room due to the air conditioner piping that pass through here to the yard. 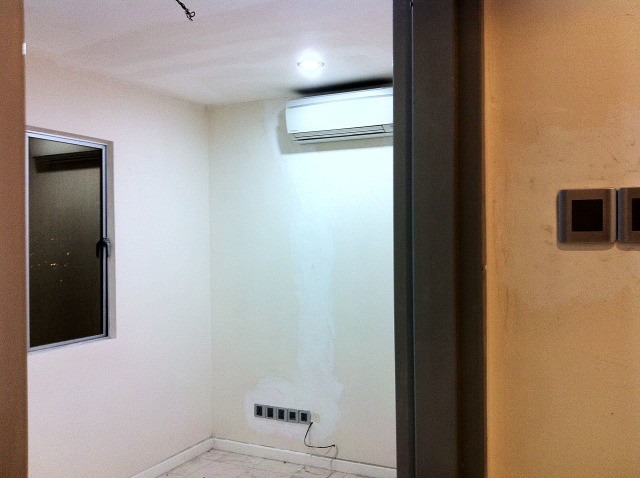 So I need to buy a smaller and shorter neck one. I inquired the shop that I bought the fan previously about returning the unit that I haven’t installed. It such a good news that it can be returned as long as I haven’t install the fan yet. So that brought me again to QQ Lighthing Sdn Bhd in Puchong. 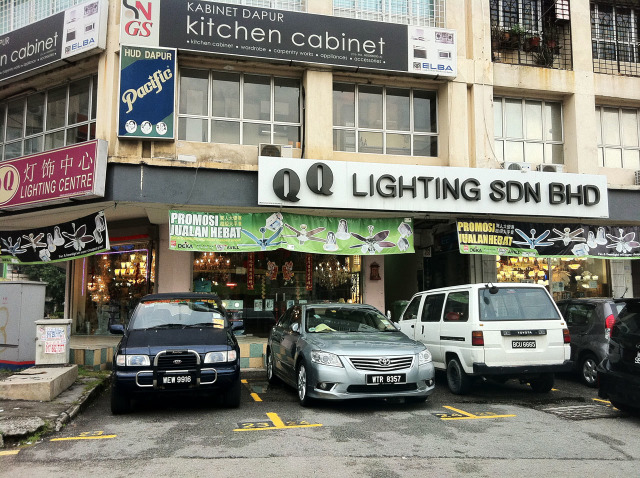 There are a few choices of a smaller ceiling fan with shorter neck for the used for low ceiling. But since I have KDK ceiling fans throughout other places of my house already, so I’m getting this KDK A11YS Baby Fan Series. 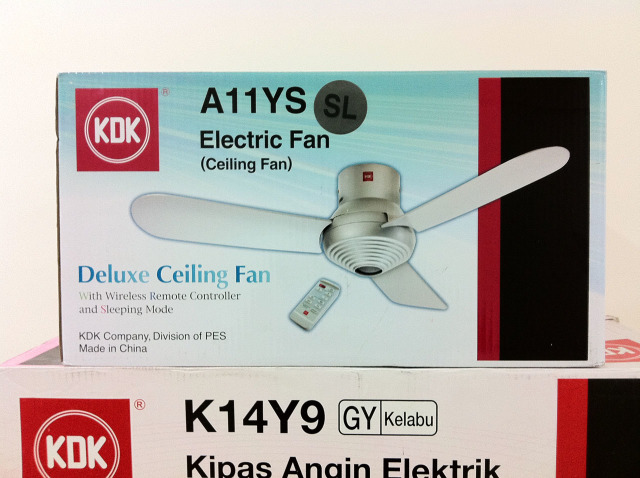 Smaller doesn’t mean cheaper. This fan is RM50 more than the K14Y9-GY that I bought previously.

There’s one problem tough with this ceiling fan. It doesn’t use hook, but use ball-joint type installation. So I gave a call to my contractor asking about this, where he the referred to the plaster ceiling guy.

So here are the 3 models of KDK fans that I use throughout my new house. 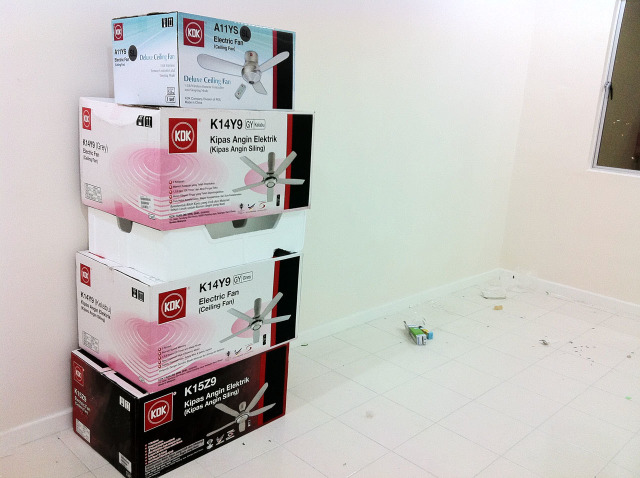 And through the recent event, this again will not be the last purchase for my house renovation purpose. The next purchase (and hopefully is the final one) will be the paint.

** Read other stories about my Casa Idaman Renovation Project