I just don’t understand that some people, when they are done with keeping cats as a pet, and no longer want them, they just simply dump them. And that’s what happened right at the block where I lived.

About a week ago, my housemate spotted a lady, came down from the stairs that leads to the roof, walking aimlessly and in panic to the lift, when suddenly a cat appeared following her. My housemate went into the house after that not knowing what happened to the lady and the cat.

I realize the cat was out there too, and my housemate started to tell me the thing that he saw. It’s a house cat, complete with a collar that the previous owner put on. I don’t really say that the cat is lost, as it’s been out there for 1 week. I didn’t see any missing cat notice pasted at the lift.

Anyway, it’s a male cat. The photo below is a proof that he’s a male. 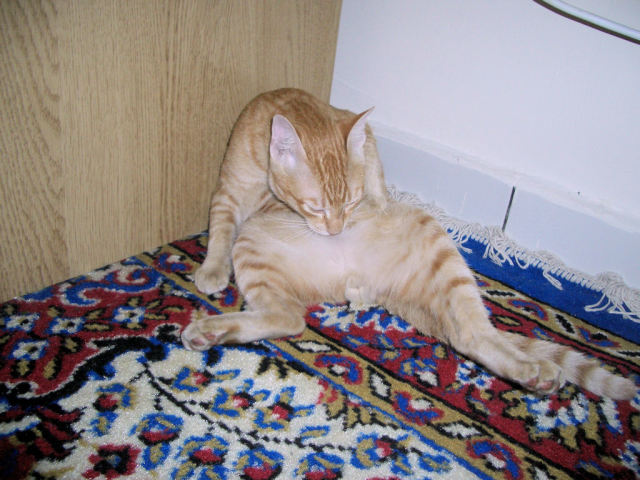 I guess being out there for the whole week, the cat must be really hungry. Yes he is. Making a loud noise, and everytime I’m home, he just running quickly inside my house. I feel pity for him, and bought went out to buy Friskies.

Yes. He is really hungry. I kept feeding him until he stops eating, 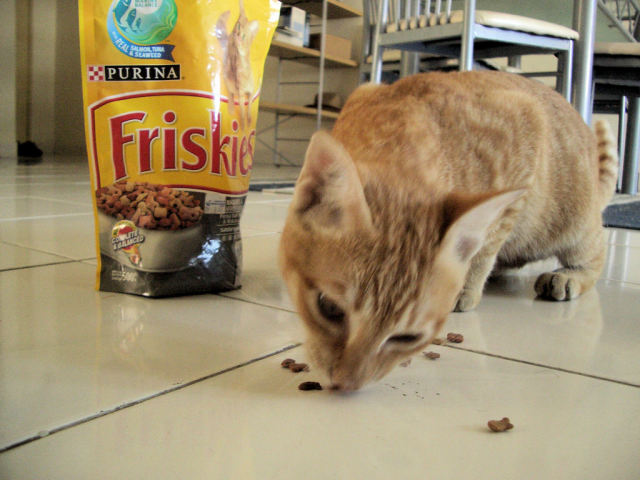 and bring him to the toilet for a quick drink. 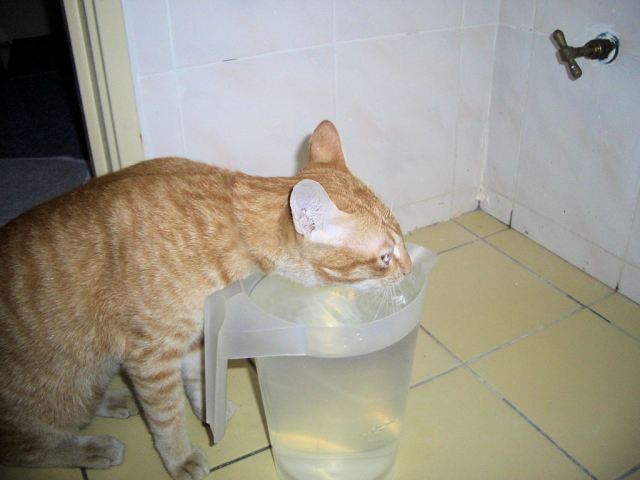 I then release the cat outside again, fearing that it is a lost cat and just afraid that the owner is still searching for him. But nope. 3 days later, the cat still out there, and I keep giving him Friskies to eat, until he just staying in front of my door everytime I put him outside.

It seems that this cat is really thrown away by the owner, but thrown at different floor of the building? How inhuman. At least throw him away at places with many food sources, like wet market (which is really close from the apartment where I live).

I feel like keeping the cat temporarily inside my house since he’s making a mess outside, shitting at the rain drain hole outside.

Well, I have to keep an eye on him, since he has a lot of interest to my aquarium fish. And this is him, caught red handed. 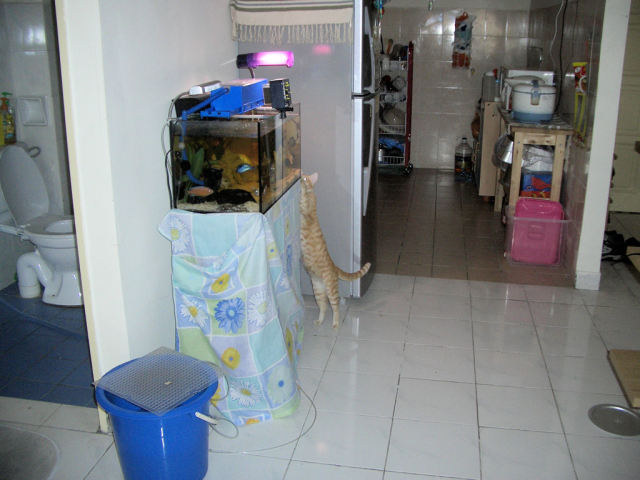 Anyway, at home, I really like to be in my room, playing my computer with air conditioner on. The cat followed my into the room. I left him play around alone in the room, while I’m busy at my computer, when suddenly I realize the cat is gone. After searching, there he is, between the blanket and the pillow. Hehehe. I guess he can’t stand the cold from the air conditioner. 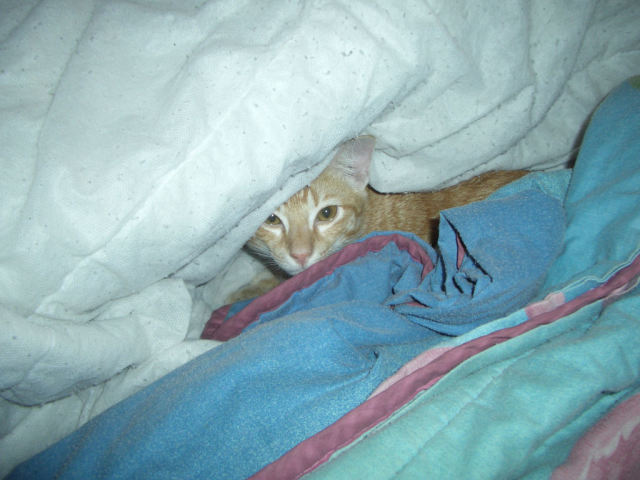 Anyway, after that, he went out from there, and start playing and lying around next to my feet under my computer table. After a short while, he just fell asleep there.

Edited 29th Nov 2006, 12:07pm
I will keep this cat for a while. I found it’s hard to keep a cat at my house, with me not being at home most of the time, and sometimes away from KL during weekend. Let’s give it a try first, and if I found that it is really hard for me to keep him, I’ll hand him over to SPCA or something.

So, anyone interest in adopting this cat? I’m serious. If you want this cat, I will give it to you, together with the remaining of the Friskies that the cat doesn’t eat. 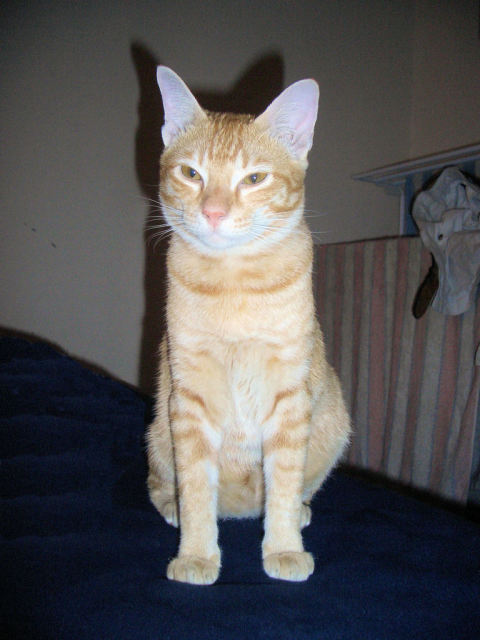 He’s really a nice cat, and has been toilet trained. I never have litter box before. On the first night that I had him inside my house, I fear that he will shit everywhere. When I woke up the next morning, it came to my suprise that he shit inside the toilet, next to the drain hole. Really easy for me to clean it out.