I have to admit that this blog entry is by far the hardest to write. I’m forcing myself to finish up this post that I have kept in the draft folder for so long. I’ve been delaying to blog about this for quite some times, and it takes many cycles for me to finish up this entry as I got too emotional along the way, and can’t continue.

11th February 2015:
Over the next 2 days, I noticed that he is straining again at the litter box. I thought Oyen was having another constipation, and gave him laxative. But I started to notice some urine mixed with blood on the floor throughout the house. Carefully monitoring all of my cats, it turned out that it was Oyen that having difficulty urinating. Brought him to vet immediately. 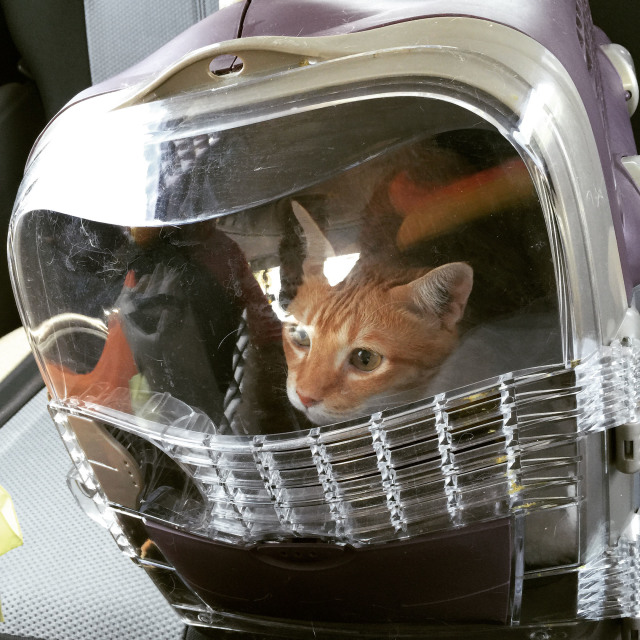 Oyen’s bladder seems to be bloated with stuck urine. The doctor gave it a squeeze and the urine indeed mixed with blood. 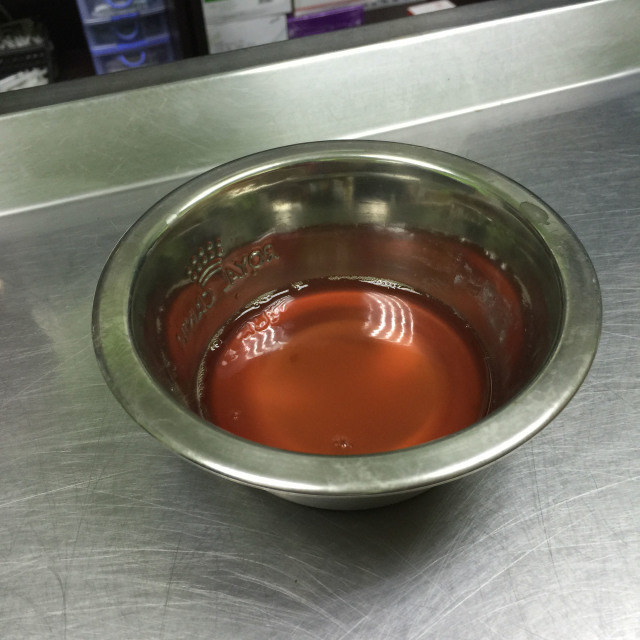 This condition may be the result of kidney stone, which we hope not. Quickly checking the urine composition, the pH is 6, which is acidic. This is a good sign since in the case of kidney stone, the urine will be alkalic. Also, there is a high count of white blood cell in the urine which indicates infection in the bladder. The urethra may have been swollen that obstructs the urine to be passed out normally. 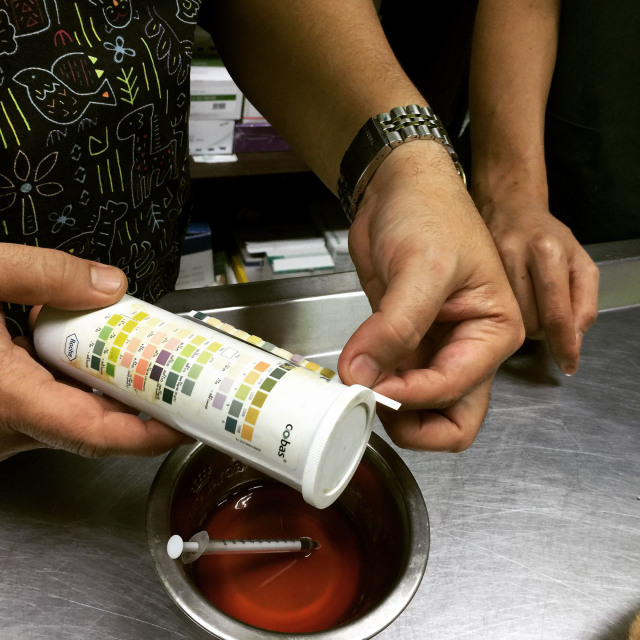 Luckily there is a specific medicine for bladder infection, but the bladder needs to be flushed out regularly. So the doctor placed a catheter into the urethra. Distilled water will be injected via the tube into the bladder, and then it will be passed out via the tube too.

14th February 2015:
Since Oyen is too stressful with the catheter attached to the urethra, I decided to bring him home, since the next treatment will be in the next 4 days. At the clinic also, Oyen will be caged, and that’s not good for him. Well, he seems so stressful. 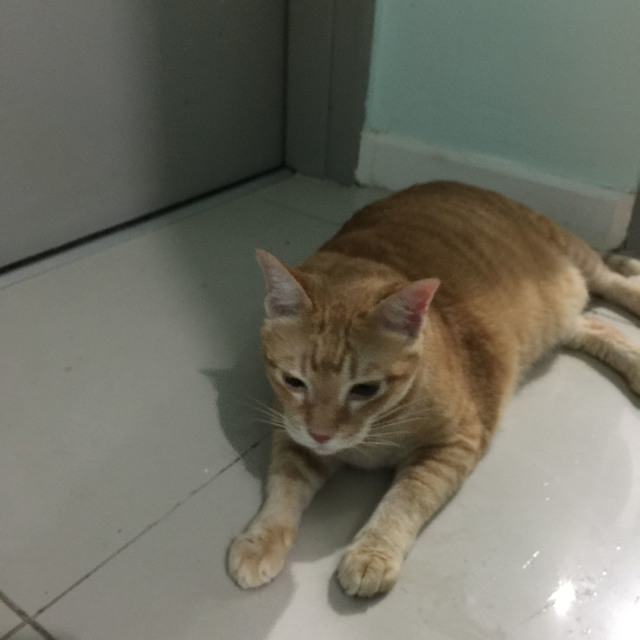 16th February 2015:
My house is a total mess, since the urine will keep dripping from the catheter. I have to monitor the urine daily until it’s clear again. Looks like he is progressing well. His urine is almost clear now, with just still a little trace of blood. 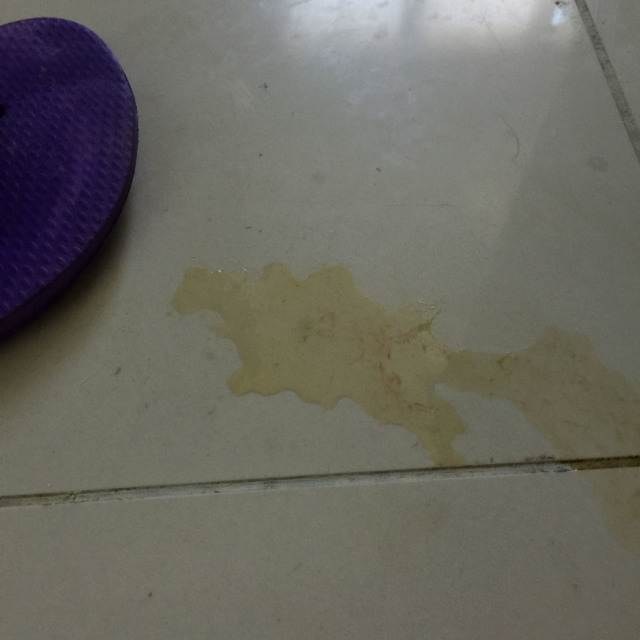 16th February 2015:
It’s the day that I’m waiting for where I will be bring Oyen for the follow up treatment. The doctor gave a final flush, and he is discharged on the same day. Yay! 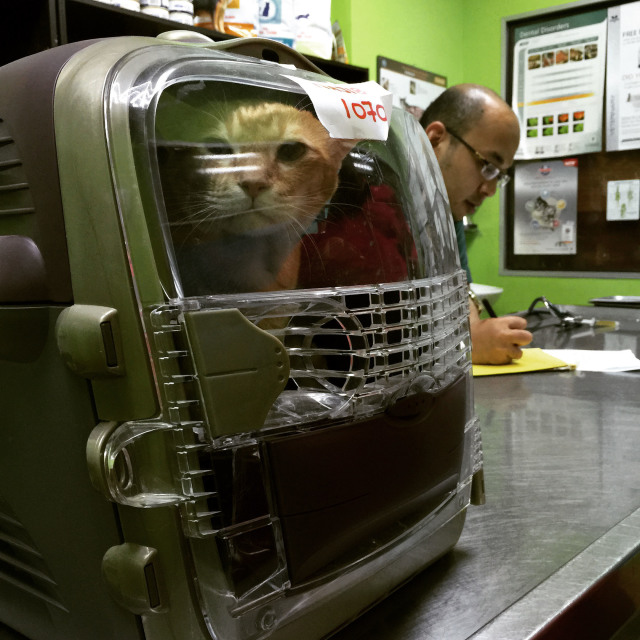 Back home, the first thing that he did is to go to the litter box. I’m so happy to see that Oyen is finally able to pass out the urine normally again.

21st February 2015:
Oyen seems to be getting better now. The fur around the genital area is yet to grow. But in all that, I still have worries as Oyen doesn’t seem as active as last time. And he is spending more time sitting and sleeping next to me on my bed, instead of being on his cat bed that I placed next to me. Day after day, he looks weaker. One day, I noticed that he no longer can jump onto my computer table – of which his favourite place to be while I’m in my study room. It came to a point where I have to pick him up, and place him on my computer table. 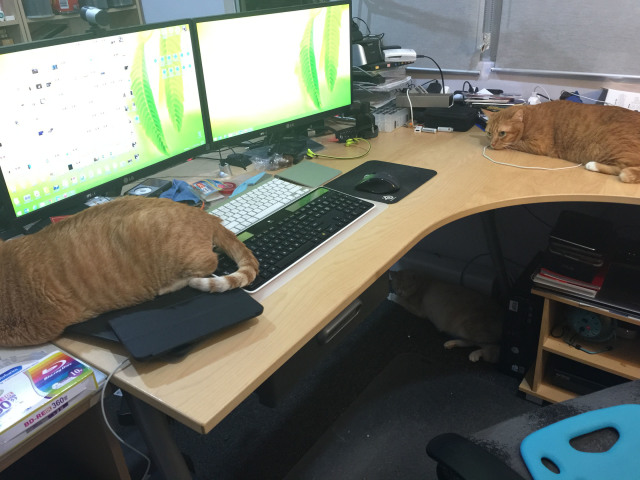 16th April 2015:
Oyen’s condition is getting worse. He’s having severe constipation again, he lost tremendous amount of weight, and he can now hardly move as there’s something wrong with his back leg, to a point that he has to drag his back feet while moving. I decided to bring him to vet. Same like last time, Oyen will be put under general anaesthetic, and evacuation of feces will be taken.

Since the clinic will be closed tomorrow on Friday, I will come back on Saturday to bring Oyen back home.

Suddenly, I received a call from my housemate and with a trembling voice, he said that the clinic called and said that Oyen is gone. I just got numbed that time. I didn’t say anything. I don’t felt anything. We head is empty. I hang up the phone, and keep walking from my room, to the kitchen, to the balcony, to my room again, to the kitchen again and to balcony again. Suddenly, it felt that it’s so hard to breathe. I keep walking aimlessly in my house and suddenly, I felt something warm coming through my eyes.

Then I keep thinking, well, I woke up this morning feeling happy that I finally get to bring Oyen back home. He will be back home today. He will right? I’m in denial. Oyen is still around. The vet must get it wrong. He probably tired and still sleeping.

I just don’t remember anything after that, I can’t think straight anymore. My housemate finally came back home and we rushed to the clinic before it closes for the day. Turned out that Oyen has passes away since yesterday. But since the clinic was closed yesterday, the clinic just called my housemate today to inform about that. 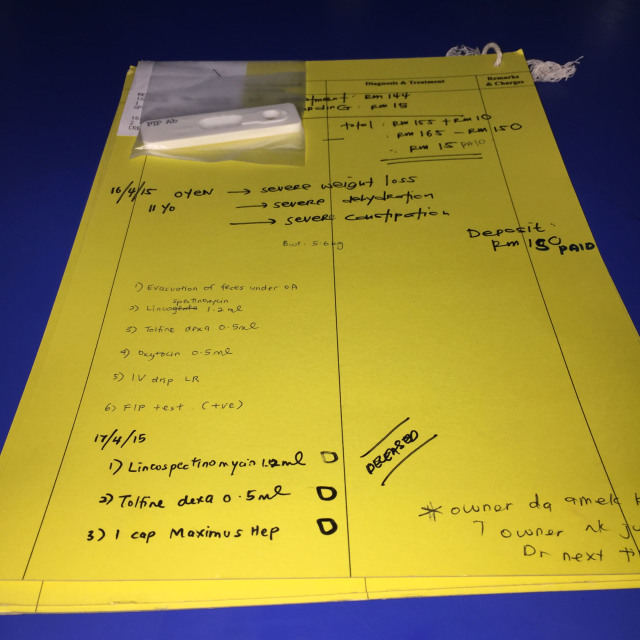 Oyen seemed to be having Feline Infectious Peritonitis (FIP) – a viral disease of cats caused by certain strains of a virus called the feline coronavirus. The test came back positive and all this while, Oyen has been showing the symptoms. Although Oyen has been looking ill for a while, until his death I don’t know that I’m dealing with incurable FIP virus infection. I just thought that he had another severe constipation problem as in the past. But FIP is indeed a silent killer, and you won’t know about it until it’s too late.

We finally managed to claim Oyen’s body. Luckily there’s a secluded open area behind my condo where I can bury Oyen’s body. This is one of the hardest and painful thing that I ever do in my life. Tears kept falling from my eyes seeing Oyen cold and lifeless body bit by bit disappeared as I buried him. For some, they just think that it is just a cat. Get a new one and move on. But for me, the grief felt after the loss of pet can be every bit as painful as following the death of a human. And in Oyen’s case, I’ve never been so close and so attached to any other cat before than him. Throughout his life, Oyen seems to be fond of cat grass. He could munch that like eating fish. This is for you Oyen – your favorite cat grass on your grave. 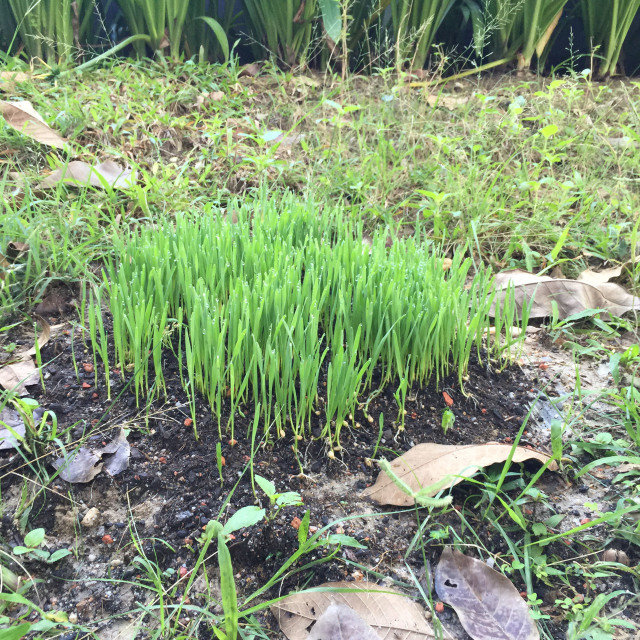 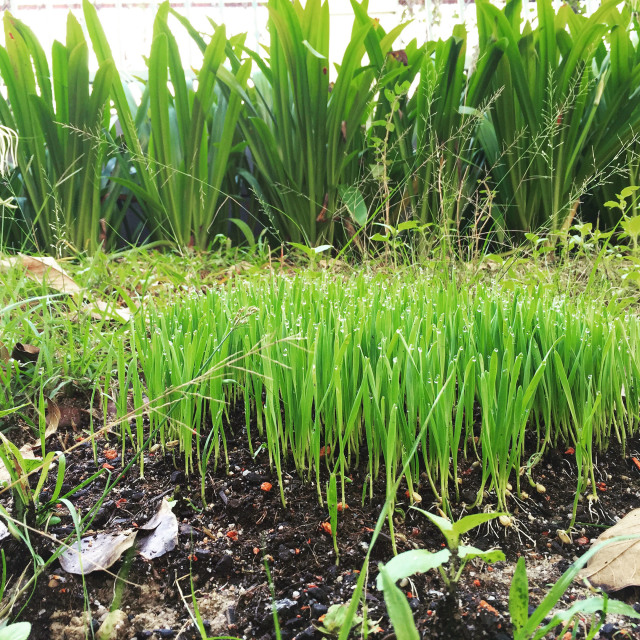