I have Streamyx 1.0M installed at my house last Monday. Anyway, this is the first time I’m using Streamyx for my broadband needs. When I was at my old house, Maxis was the phone line provider there, and I can’t get Streamyx, and ended up using broadband service for some other company which their fastest package is only 256kbps.

By subscribing to Streamyx 1.0M package, I really expected that it should be lighting fast. But it’s really irritating, when I did the bandwidth check last Monday, I only get around 380kbps. Maybe they just activate my line, and needs time for the speed to come to the full throttle.

Tuesday, I did the test again. Still the same range,, varying from 330kbps to 380kbps, and never get over 400kbps. Anyway, my line was only activated around 7:45 yesterday, which is after office hour already. Guess it takes 1 day before they configure the speed of my connection.

Waaa.. This is absurd. How come his 512k package gets faster rate that my 1M package.

Thurday, I keep thinking about what’s wrong with my Streamyx. 4:30pm, fed up and annoyed with the problem, let’s give Streamyx’s Customer Interaction Center at 1-300-88-9515 a call, when I realize that they only operates from 8am to 12noon. I have no choice than to left email to them.

Friday (todaylah), woke up late for work. Hehehe. But I still manage to get online for several minutes before heading to shower. As usual, the very first thing that I do every morning for the past 3 days is to test the bandwidth.

Wooaa.. I suddenly not feel sleepy at all by looking at the result of the bandwidth speed from JARING Bandwidth Test 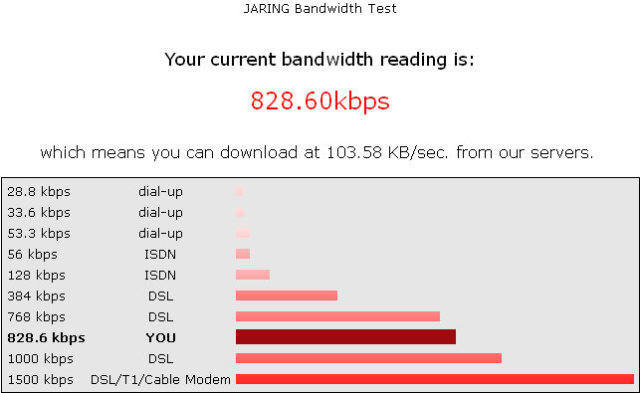 Just to make sure, did another test at TM Net Speedometer. 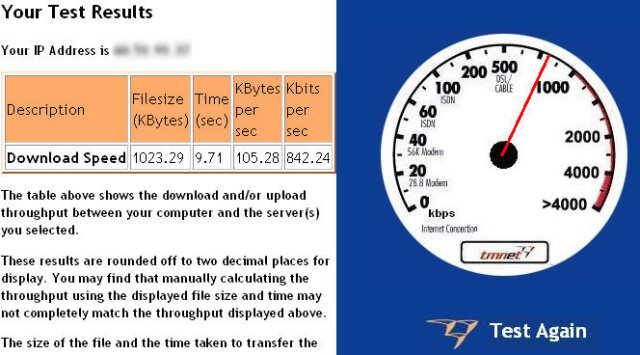 Yippe.. I guess the problem has been solved already. I guess I’m lucky that it didn’t take too long before the customer care centre attend to my email. 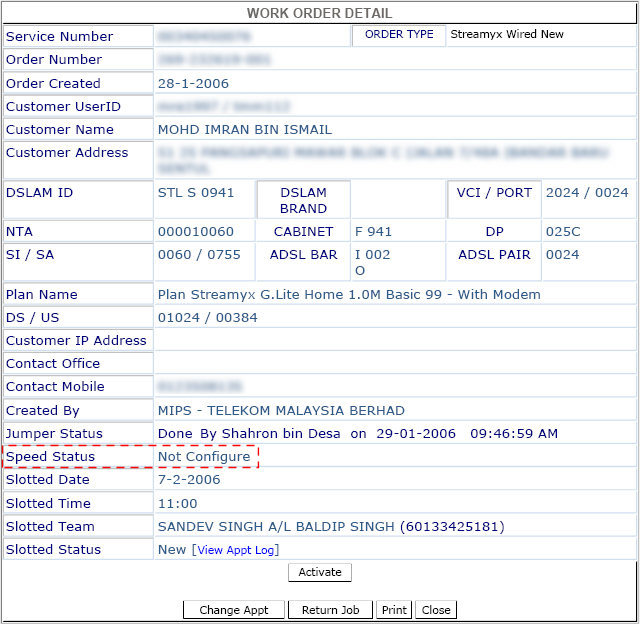 Looking at it, speed status is Not Configure. Perhaps that guy forgot to configure my speed, that’s why I’m not getting the speed that I should get. I might be wrong about it, but who cares. As long as my internet speed is fast now 😉