TagMe!: More enhancements on the way

It has been a while since there are any changes being done to TagMe! the last time was the introduction of CAPTHCA to combat severe spam attack on TagMe!, which happened end of October 2008. That’s 1 year ago!

Before any other thing can happen, I’ve been doing a lot of internal changes and refinement to support the new enhancements that I have in mind. For a start, I need to clean out the database first. I noticed that there are quite a lot of inactive accounts. Reminder email has been sent out, and perhaps I will reopen the registration to TagMe! for a brief period of time in the nearest future. 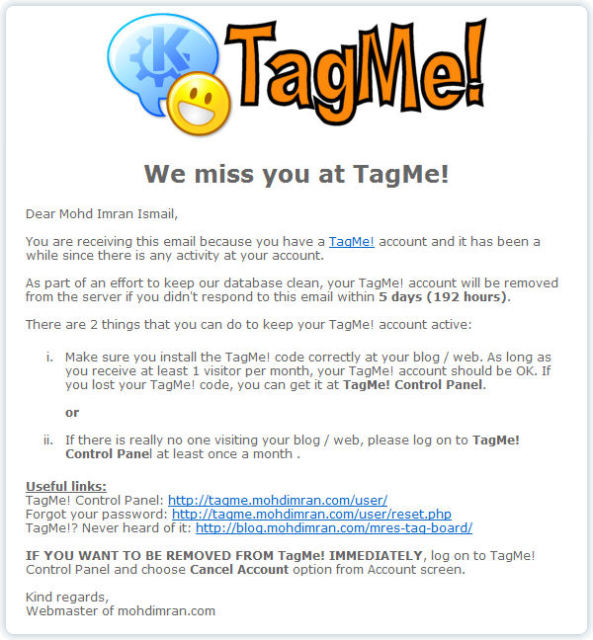 And just for the sake of having something new for the front-end as well, I did a little makeover to the icons section of TagMe!. Now it looks cleaner. Thanks Marts for liking it 😉

So stay tuned for more new things with TagMe!